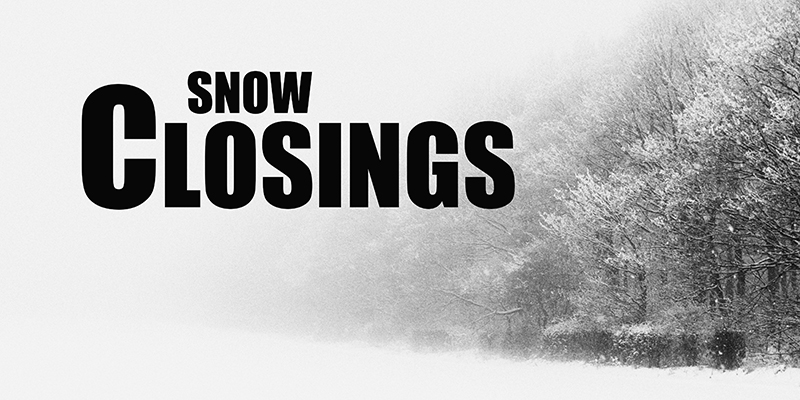 Receeding Trees in the Snow

The following schools have announced plans to close Thursday ahead of the incoming storm which will include snow, wind and bitter temperatures.

SMART Transit has altered its scheduling ahead of the winter storm that will begin later this afternoon.

SMART will close at 5 p.m. on Thursday, including all bus services and dispatch. The Thursday O/N Austin Work Route will operate at the driver’s discretion.

There will be no out of town service in any county and buses will operate in town and on plowed roads only.  sThere will be no Austin/Albert Lea Shuttle service on Thursday.

SMART will operate 7 a.m. to 5 p.m. including both bus services and dispatch, however, Friday O/N Austin Work Route will be canceled. Passengers should be made aware of this today and Thursday.

Shuttle/Dialysis on Friday will operate during dialysis time only (one trip to Albert Lea and one back to Austin; no early or late shuttle).

Due to inclement weather, the Austin Public Library will be closing at 5:30 p.m. tonight.

YMCA at ACRC closing because of blizzard

The YMCA at the Austin Community Recreation Center will be closing tonight at 6 p.m. with the last Group Ex class at 4:30 p.m.