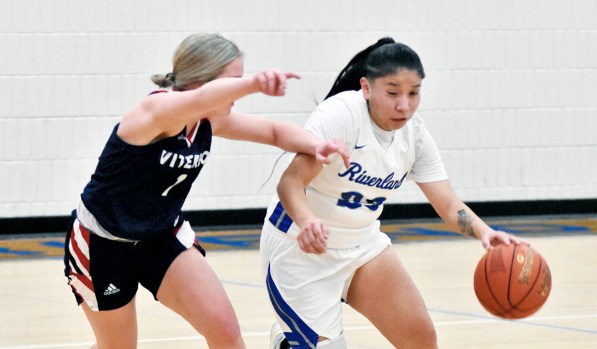 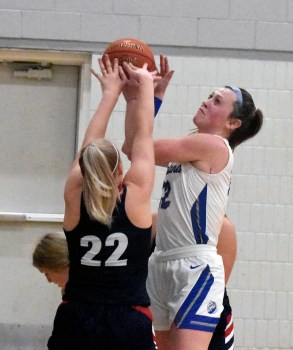 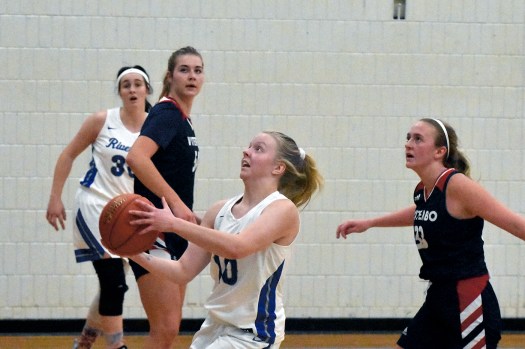 The No. 10 ranked Blue Devils went cold down the stretch as their six-game losing streak came to a halt in a 61-47 loss to Viterbo JV in Riverland Gym Monday.

RCC, which had beaten the V-Hawks 58-52 on Nov. 7, was a little shorthanded this time around as Reana Schmitt was hit with foul trouble early on, Macie Werdel was out with an injury, and Nora Mecoleta was battling an injury.

“We had a couple of girls out and then Reana got in foul trouble early on,” RCC head coach Andrew Kaiser said. “That forced us to go to the man defense and that helped us early on, maybe we should’ve stuck with that. That’s something to look at for the future.”

RCC (6-1 overall) took a 37-35 lead when Savannah Longhoma converted a lay-up, but Viterbo responded with a 19-2 run that saw them go up 54-39 after Aleah Hunter and Macy Stellner hit back-to-back threes early in the fourth quarter.

While its never fun to lose, Kaiser and the Blue Devils were glad to have a game that tested them after four of RCC’s first six wins were extremely lopsided.

“It’s great to have some adversity, especially against a JV team of a four year university that has scholarships,” Kaiser said. “They’re a talented team and they shot it well tonight and they got us on the ball screens. It’s good to get the first loss out of the way now instead of having a big loss later.”

The Blue Devils have three games remaining until they hit the winter break, with the conference season beginning on Jan. 4.