Blossoms find their footing in a win over LeRoy-Ostrander 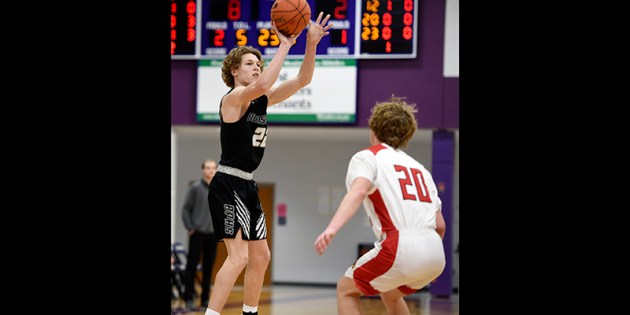 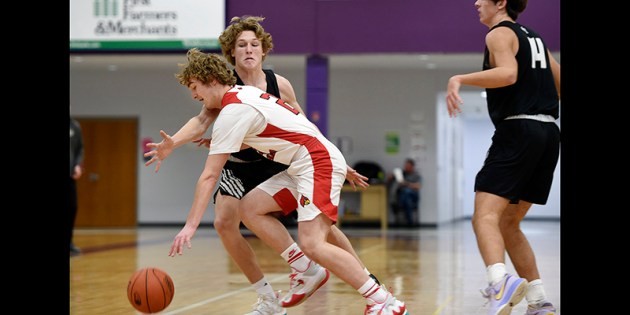 LeRoy-Ostrander Carter Sweeney tries to get around Blooming Prairie’s Brady Kittelson during the first half Wednesday night in Grand Meadow. Eric Johnson/photodesk@austindailyherald.com 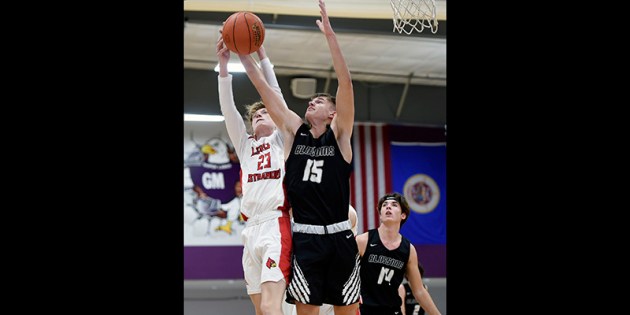 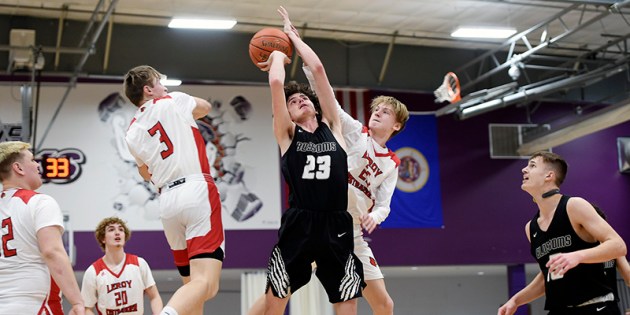 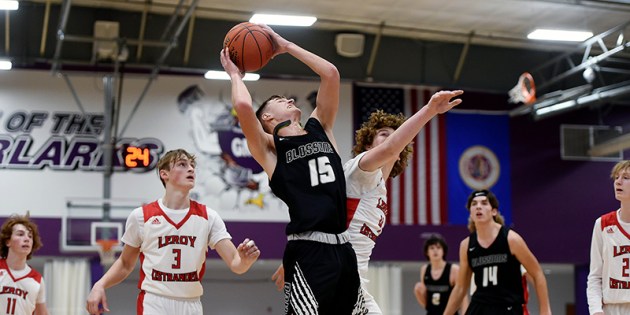 Blooming Prairie’s Jacob Pauly puts up a shot in the paint against LeRoy-Ostrander Wednesday night in Grand Meadow. Eric Johnson/photodesk@austindailyherald.com

GRAND MEADOW — The Blooming Prairie boys basketball team is establishing a new identity this winter and it may have found its core with a pair of identical twins with different approaches to the game.

BP juniors Gabe Hein and Zach Hein were at the top of their game as the Awesome Blossoms broke into the win column with a 62-34 victory over LeRoy-Ostrander in Grand Meadow Wednesday.

Gabe was running the point and pacing the offense for BP (1-5 overall) as he finished with 10 points, seven rebounds and six assists and Zach was filling up the net as he poured in 26 points, to go along with five steals, four rebounds and four assists.

“We’ve played a couple of tough teams this year, but we pulled it off and got a win tonight. Hopefully we can put a streak together,” Gabe said.

Zach hit four threes in the first half and 18 of his 26 came in the opening 18 minutes.

“I’m pretty dependent on my teammates getting me the ball. Last game I had just two points so it was good to come back and score,” Zach said. “Gabe and I have always been on the same team since third grade. It helps having your twin brother on the team. We have that twin connection and we can read each other’s minds.”

BP (1-6 overall) has a roster that is low on varsity experience, but the emergence of the Hein’s, along with sophomore Brady Kittelson, who had 13 points on Wednesday, has the team improving.

“I played point guard on JV last year and that gave me a ton of confidence handling the ball,” Gabe said. “I came into this year feeling comfortable bringing it up against pressure.”

BP head coach Cam Rutledge said his team has been hungry for a win for weeks and he’s seen the intensity picking up in practices over the winter break.

Rutledge is glad to see his team is starting to find its footing and he hopes that more improvements are on the way.

“Gabe kind of runs our point guard spot, Zach’s one of our better shooters and Brady Kittleson gets a lot of points for us,” Rutledge said. “They’re all good young players for us. Coming into this year, we had very little varsity experience and we knew there would be some bumps along the way. We’ve asked them to get better every single day and we believe they have.”

L-O was within 11-8 after a steal and scoop score by Carter Sweeney with seven minutes left in the half, but BP closed out the frame with a 25-12 charge.

Zach struggled with his shot early on as BP went scoreless for the first four minutes, but its defense kept the team in the game as the Blossoms trailed 2-0 before scoring eight straight.

Camden Hungerholt finished with 15 points and 16 rebounds for LO (1-5 overall).