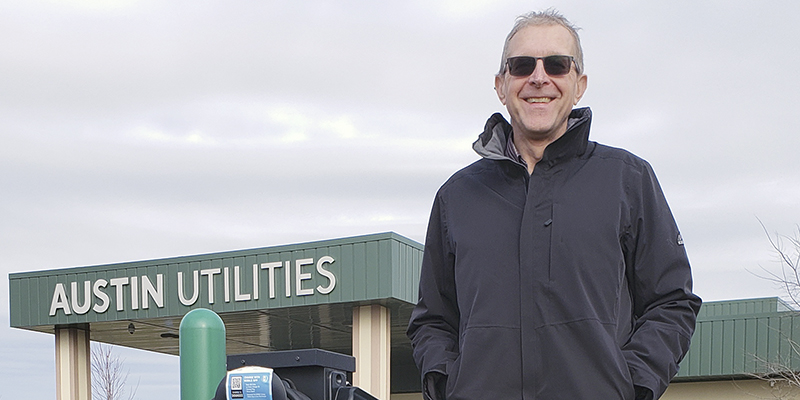 After 26 years of service his last day in the office will be Dec. 30.

Tylutki joined Austin Utilities in 1996 as a professional engineer and has been the director of the Electric Department ever since. He was working as an electrical engineer associate for Los Angeles Water and Power before coming to Austin.

Early in his career, Austin Utilities was hit with a storm in June 1998 that resulted in a multi-day outage in Austin. As a result, Tylutki has dedicated his career to electric system performance and reliability, making sure the system operated to meet our customers’ expectations and beyond.  His work helped AU earn American Public Power Association RP3 Award Diamond Level and receive national recognition for exceptional reliability.

He championed numerous important initiatives at Austin Utilities, including moving the electric system from a medium to a high voltage system, improving reliability and reducing line losses by half resulting in significant savings. He also modernized the city’s electrical mapping to AutoCAD and oversaw the installation of a two-way load control system. Most recently Tylutki was project manager for the on-going systemwide meter upgrade project.

Tylutki stayed involved with many state and national utility groups and was very active with Minnesota Municipal Utilities Association (MMUA) trainings. In addition to participating as an attendee at MMUA events, Tylutki also took the time to share his expertise by serving as a volunteer instructor. He started a lineworker intern program at Austin Utilities and expanded the apprenticeship program.

As a 2006 Blandin Community Leadership Program alumni Tylutki’s career has been community minded. He led initiatives including summer education classes for kids in grades 4-6 and a community focused pollinator program that included a registered monarch waystation on Austin Utilities property. Tom’s presence will be missed at Austin Utilities.

At this time Austin Utilities is actively pursuing a replacement for Tylutki.