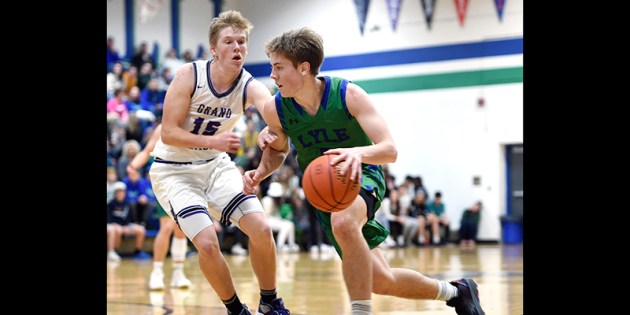 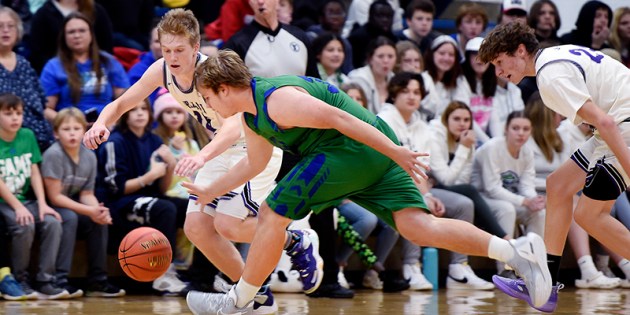 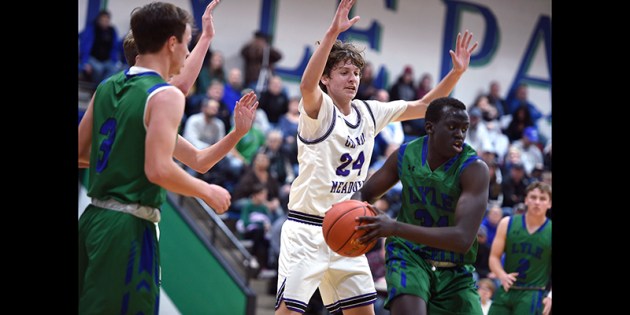 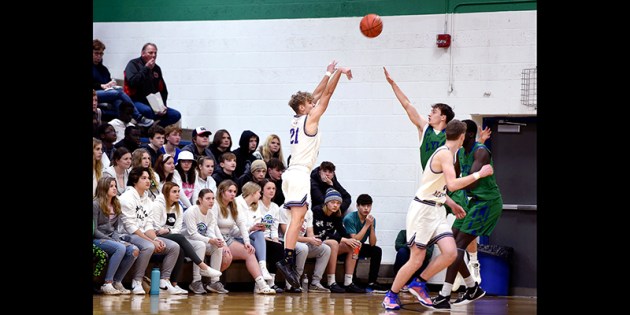 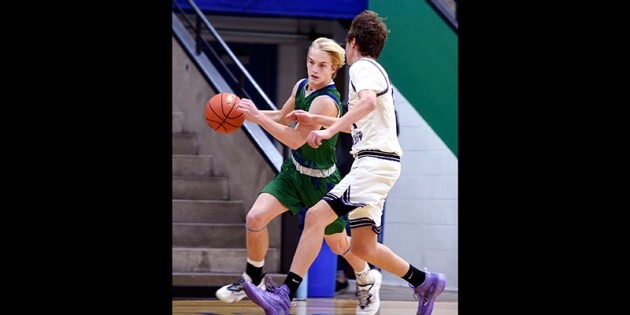 LYLE- The Lyle-Pacelli boys basketball team made a strong opening statement as it came out with fire and never slowed down in a 97-35 season opening win over Grand Meadow Friday night.

LP led by 24 at halftime and it scored the first 20 points of the second half in a five-minute sprint drill to go up 73-29. Buay Koak had a breakaway jam during the rally and he also laid in a lob pass from Jake Truckenmiller, who was LP’s engine throughout the night.

“This is the style we want to play,” LP head coach Carl Truckenmiller said. “We want to push the basketball and force turnovers. This group is senior laden and last year we had a lot of new guys playing varsity. Our starting five is great and I’m playing a few more kids this year. It was a good first game.”

This season has been much anticipated as the Athletics have nine seniors, with many of them playing together since they were in second grade. Koak joined the team as a sixth grader.

LP led by as many as 53-26 in the first half after Mitchel Johnson blocked a shot on the defensive end and converted a lay-up at the other end.

Koak sat for a stretch in the first half with three fouls, but he came back with a flurry in the second half.

“I wanted to go in real bad. I knew they were going to take care of it, but I was kind of bummed that I had to sit for awhile. They kept the energy up and they got a lot of steals,” Koak said. “We’ve played with each other for so long (on this team) and we always know where everyone’s going to be. We’ve been talking about our senior year for a long time and it’s finally here.”

GM pulled to within 10-9 when sophomore Alex Lopez hit a three-pointer, but LP responded with a 25-8 surge that was led by the defensive pressure from Truckenmiller and Nelson.

GM’s Corbin Ludemann was called for his fourth foul on a charge while LP was leading 23-12 with nine minutes left in the first half.

Koak had broken LP’s career scoring record during last year’s playoff loss and it was announced before the game that he is now the program’s scoring leader – surpassing Brady Stier, who had set the mark in 2005.

Lopez scored all 16 of his team-high points in the first half for the Superlarks.