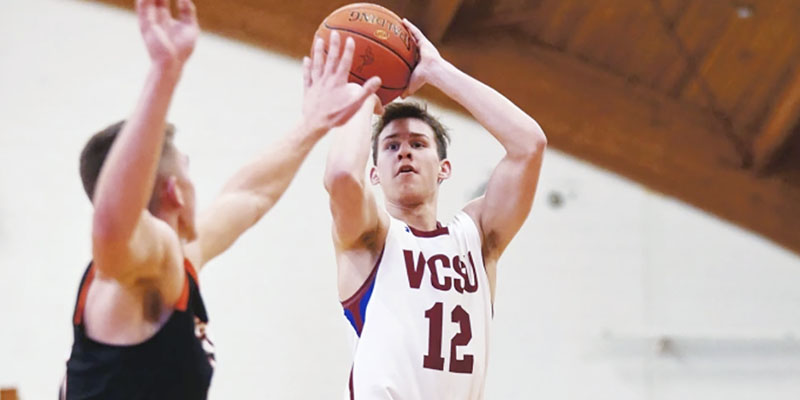 There is an Austin reunion at Valley City State University as three former Packers are playing basketball for the Vikings.

Tate Hebrink, his younger sister Elyse Hebrink, and Duoth Gach are all playing roles out west.

Gach had seven points, two rebounds and two steals in an 81-78 win over Milligan University on Dec. 18 and Tate added two points, three assists and two rebounds in that win.

Elyse is averaging 1.1 point and 2 rebounds per game for the Viking women (8-5 overall).

Austin grad Agwa Nywesh scored 15 points for the North Dakota State College of Science in a 66-63 win over Dakota County Tech on Dec. 10.

Austin grad Emma Dudycha scored five points for the University of Minnesota-Crookston in a 76-64 win over Bemidji State University on Dec. 17.

Dudycha is averaging 1.3 points and .4 assists per game in her first season at Crookston (4-8 overall).

Hope Dudycha, who is Austin’s all-time leading scorer, suffered an early injury and will miss the season for Crookston.

Austin grad Reana Schmitt is having a big freshman season for the Riverland Blue Devils.

Glynn has started nine games for the Tommies (5-7 overall) and is averaging 2.8 points, 1.6 assists and 4.3 rebounds per game as a defensive-minded player.

Grand Meadow grad Riley Queensland had four points off the bench for Gustavus Adolphus in a 60-39 win over Augsburg on Dec. 10.

A pair of former Austin teammates went head to head at the Division I level during the House of Champions Invite in Indianapolis on Nov. 17.

Austin grad Molly Sheehan is starting to make waves as a freshman on the University of Wisconsin-Eau Claire swim team.

Sheehan recently competed at the Rochester Invite where she was on the ninth place 200-yard freestyle relay team.  She took 12th in the 100-yard breaststroke with a time of 1:07.50 and she was on the 11th place 400-yard medley relay team.