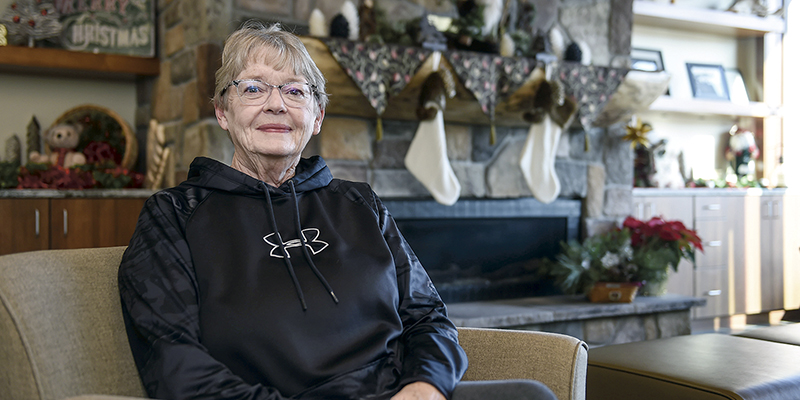 Jay C. Hormel Nature Center’s Julie Champlin set to retire after years of working in the place she holds close to her heart

For over 50 years, Julie Champlin’s life has revolved around the Jay C. Hormel Nature Center.

For much of that time it has been spent either volunteering or working for the center, helping to enrich and expand its education curriculum and simply enjoying being part of such a rich landscape in Austin.

However, during all of that time outdoors she has yet to experience something that’s been on her bucket list for years.

And that time is coming. After many years that have seen a significantly changing landscape at the Nature Center, Champlin is preparing to retire later this month.

Champlin originally considered retiring at the end of last year after making a conscious decision to work through the 50th anniversary of the Nature Center, something she poured her entire being into helping plan.

Over much of the last two decades, Champlin was likely the first person you were going to see when walking into the Nature Center’s interpretive center, whether that was the original building built just east of the Ruby Rupner Auditorium or the new Interpretive Center.

“For decades, Julie has welcomed visitors to the Jay C. Hormel Nature Center and made them feel like a part of the family,” said current Director and Naturalist Luke Reese. “Julie’s welcoming nature is a gift.”

However, her connection to the Nature Center goes back even further, beginning when the Austin native was a teenager.

Champlin gets a wry smile when she talks about her first experiences with the Nature Center, a patch of unkempt land that at the time was called Kings Woods.

“When I was in high school, I was out partying,” she said with a cheeky mirth, explaining that the National Guard Armory once held dances and they would sneak across to the original stand of trees Jay Hormel planted.

However, it was also a beginning for Champlin. A place where the seeds of her future were planted.

“Primarily it was a place to escape into nature,” she said. “It kind of gave me the direction of what I wanted to do because I started working for Parks and Recreation.”

Champlin eventually left to attend college where she majored in Parks and Rec Administration and minored in Forestry. However, it would be a number of years until she got her first job in the field because of a lack of jobs.

Champlin’s first experiences at the Nature Center was as a volunteer after coming back to Austin and marrying Duane. Initially, she stayed home with the couple’s daughters before becoming a volunteer and then joining the Friends of the Nature Center at the request of former long-time director/naturalist Larry Dolphin.

In 1995, Champlin came on to work part time, however, the Nature Center was beginning to grow and aside from Land Manager Dan Clayton, it was just Champlin and Dolphin running th entire operation. Even when Champlin became full time in 2000, the workload was such that the Interpretive Center actually had to close at times. 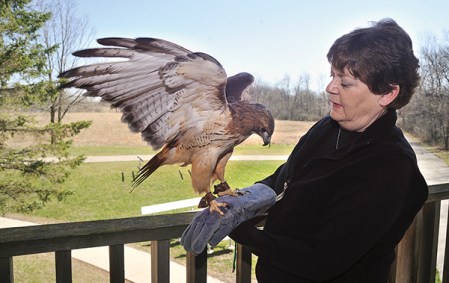 “That was when we were teaching days and closing the building,” Champlin said. “We closed every day at noon, which was ridiculous, but we had to have a break.”

Dolphin would hold down the fort on Mondays, allowing Champlin to work through the rest of the week starting on Tuesday so there was somebody working on Saturdays. Only a volunteer worked the building on Sundays from 1-5 p.m.

While many are now used to seeing Champlin when visiting the Nature Center, there was a brief moment in the early 2000s when a very different path could have taken Champlin elsewhere.

After just two years as a full time employee, then Director of Parks and Recreation, Denny Maschka, sat Champlin down and told her that her that the city was eliminating her position.

“I just couldn’t believe it,” Champlin said. “I said, ‘I don’t quite understand this. How do they expect Larry to run this place all by himself? That’s everything.’”

However, the moment would also be the genesis of one of the Nature Center’s longest tenured events. Along with Dolphin pushing heavily to keep the position, the Friends of the Nature Board stepped up and organized the October Feast, what would later become known as the Thanksgiving Feast.

Money raised from the event went to the support of a full time position — Champlin’s position.

“I was literally thrilled because this was always my dream job and I didn’t get it until I was 40,” she said. “I taught at the college, worked with early childhood education. That wasn’t my passion. This is my passion.”

That educational perspective has carried through the years.

“Julie has a strong background with and advocating for younger kids programming,” Reese said, relating that among the many things Champlin created was a wolf tracking class that had kids actively trying to track prey in the snow.

At the same time, this moment in time can also be looked at as the starting point for a new renaissance of the Nature Center, something Champlin was intimately involved with.

“As an intern, Julie taught me that the time spent getting to know visitors is as important, if not more so, as the to-do list for the day,” Reese said. “The Nature Center does not happen without people feeling a connection and Julie taught me that allowing people to connect to nature center staff helps them connect to this special place.”

Connection has always been important to Champlin in that regard, because as she explains it, it’s the people that will always lend heart to the place.

People weren’t the only additions during those years. The Nature Center also acquired two large swaths of land along with a third, smaller piece, and converted them into native prairie, which hadn’t been seen in the area for years and years.

And of course there was the crown jewel, the building of the new Interpretive Center, which opened in 2017. Smaller projects followed and continue to grow. Champlin takes great pride in being a part of it all.

Each day working in the Nature Center has been a gift and will continue to be a gift even after she retires.

“I think what I really love about it is that it’s still that therapeutic music of nature that I enjoy,” Champlin said. “I didn’t understand how beautiful the prairie was until I came to work for Larry. If you change the ecosystem the other critters will come.”

“Sit by the pond,” she continued. “For one of the first times in my life I saw a dragonfly emerge. To me that’s a gift.”

Yet, Champlin will never say specifically what her favorite place of the Nature Center is. She has embraced all aspects of it. At the same time, its the appropriate time to say goodbye.

“I have six grandchildren. They’re 100 miles away,” she said. “Now I’m not going to have to plan for everything. I can just go. Right now I really want to create warm wonderful memories with my family.”

And take in the northern lights, of course.

The Friends of the Nature Center will host a retirement party for Julie Champlin from 1-4 p.m. on Dec. 17 in the Ruby Rupner Auditorium.