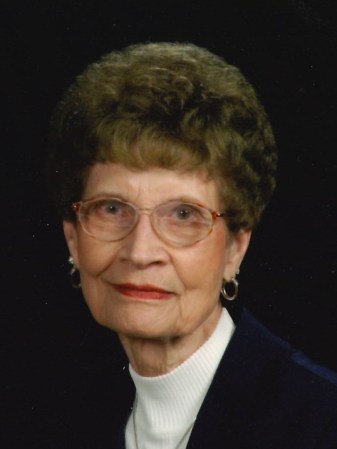 Virginia Margaret Buelt, 92, formerly of Waltham, passed away on November 16, 2022, at Homestead Hospice House in Owatonna.

Virginia Margaret Buelt was born June 10, 1930, in Carroll, IA, the daughter of Henry and Anna (Schwabe) Beckman of Arcadia, IA. She attended St. John’s Grade School and graduated from Arcadia High School in 1948. She then worked as a stenographer in Carroll until her marriage.

On October 3, 1950, she married Leonard Buelt of Halbur, IA at St. John’s Catholic Church in Arcadia. They lived in Halbur for a few months and then farmed in Audubon County for seven years. In 1958, they moved to their farm near Waltham, MN where they lived for 50 years and raised five children. In 2008 they moved to Austin, MN and later to Prairie Meadows in Kasson, MN in 2017.

Virginia was a part-time employee of the U.S. Postal Service before being appointed Postmaster of Waltham in 1981. She worked there until her retirement in 1990. Virginia was a long-time member of Sacred Heart Catholic Church in Hayfield, MN and was active in the Sacred Heart Council of Catholic Women. She served as a sacristan, a Eucharistic Minister, taught religion, and sang in the choir.

Virginia was a warm, loving wife, mother,  grandmother and great grandmother. Her greatest joy came from spending time with her family, especially during holidays and special occasions. Virginia was an avid reader and enjoyed concerts, theater, writing, crossword puzzles, history, travel, and her flowers. She made photo albums and scrapbooks for each of her children and enjoyed keeping a daily ledger. For several years she was the historian for the local American Foreign Exchange Student chapter. The family hosted a student from Germany in the 1978-79 school year. Virginia and Leonard enjoyed three trips to Europe while their son, Steven, was stationed in the Army and were able to visit with their former exchange student.

Visitation will be 9:00 – 11:00 a.m. Saturday, November 26, 2022, at Czaplewski Family Funeral Home, 501 2nd Street NW in Hayfield. The funeral Mass will be 11:30 a.m. at Sacred Heart Catholic Church, 150 2nd Street NE in Hayfield with Father William Becker celebrating. Interment will be in Fairview Cemetery in Hayfield.   Blessed be her memory.

To share a special memory or  condolence, please  visit  www.czaplewskifuneralhomes.com