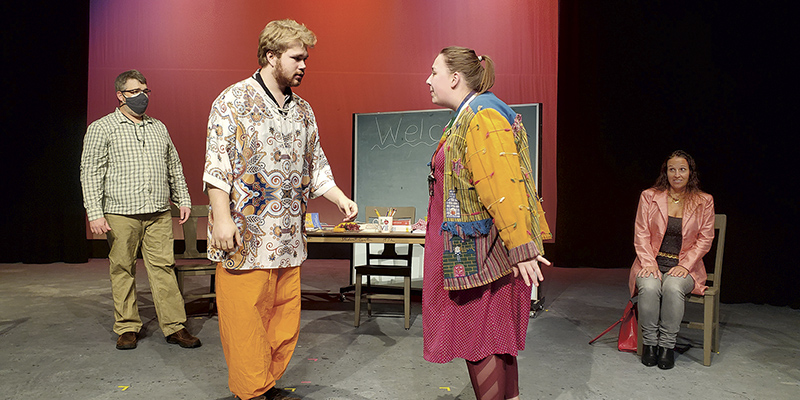 Summerset Theatre will extend its 54th season this fall and stage the satirical comedy, “The Thanksgiving  Play” by native American playwright, Larissa FastHorse.

The play will be performed on Nov. 19-20 at the Frank W. Bridges Theatre as a special fundraising event in partnership with the Riverland Foundation. All proceeds will benefit the Riverland Scholarship Fund.

Good intentions collide with absurd assumptions in Larissa FastHorse’s satire, as a troupe of terminally “woke” teaching artists scrambles to create a pageant that somehow manages to celebrate both Turkey Day and Native American Heritage Month.

Summerset Theatre is excited to extend its season and produce a play outside of its normal summer schedule.

“This play  is one of the funniest shows I have ever read,” said Randal J. Forster, co-executive director for Summerset Theatre. It also makes the audience think about how we traditionally view Thanksgiving. “

Visit www.summersettheatre.org for more information. Tickets for “The Thanksgiving Play” are on sale online or at  the box office one hour prior to each performance.