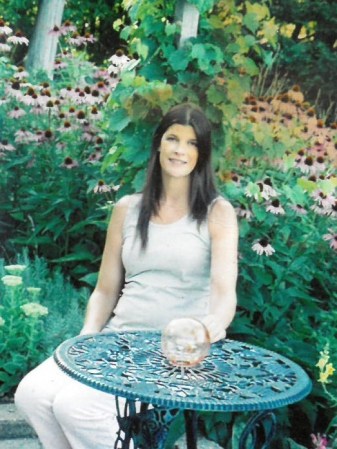 Sue was born on December 18, 1959, to Donald and Cleo (Carmack) Barnett. As a toddler, Sue spent her time in a quaint and bustling home with her loving mother, father, and her four brothers, Steve, Sam, Scott, and Stacy. Sue was “The Boss” when it came to her brothers, and they often followed her lead as children.

In June of 1964, her father, Donald bought their family home in Austin, Minnesota. Sue attended Austin Public Schools for her education. She was in track during her 7th and 8th grade years and was very fast. A trait that has been passed onto her children and many of her grandchildren.

Sue was an artist by nature and had wonderful talent. Although she may not have believed she was as talented as those who saw her work believed. Her artwork can be found in her home as well as in the homes of many relatives. She even drew a tattoo that her son, Jacob wears proudly.

The beginning of a most epic love story began in 1977. Sue and Ward (PeeWee) were a force to be reckoned with. Respected by many they married on June 24th, 1979. In their 43 years of marriage, Sue and PeeWee spent many special hours riding motorcycle. Their first son, Jacob was born in March of 1980 and next was John who was born in March of 1983. Six years later, Sue was surprised to learn that she would have a third child. Her daughter, Corinna was born in June of 1989. The five of them lived together in a home in the country in Claremont until they purchased their current home in Blooming Prairie in 1992. In 2020, Sue and Ward were blessed again when they adopted their now daughter, Hailey Freese.

Sue was an avid gardener and had a beautiful garden which she built into a magnificent place on their property enjoyed by all. The space for the garden used to be a chicken coup where Ward and the boys would stack wood. It is remembered that as wood would be removed Sue would swoop in and plant something, until one day it became the beautiful garden and tribute to her beauty and talent that it is today.

Sue worked at Viracon in Owatonna until an unexpected accident left her unable to work and she became a full time stay at home mom and wife. Without question Ward, Jacob, John, and Corinna would tell you she was the best there was and that she did this job with pride. Sue and Ward had their children, but Sue was also a second Mom to many many other special people.

Once her children were grown, Sue spent her time with family and dear friends. Whether she was with her grandchildren, her children, her siblings, her parents, or her many close friends, she loved and cherished the time she was able to spend with them all. Shopping, going to lunch, birthdays, holidays, weddings, you name it. Sue was there at the forefront enjoying it all with her beloved family.

Thank you to Worlein Funeral Home and Dale Christiansen with their assistance in planning and officiating.