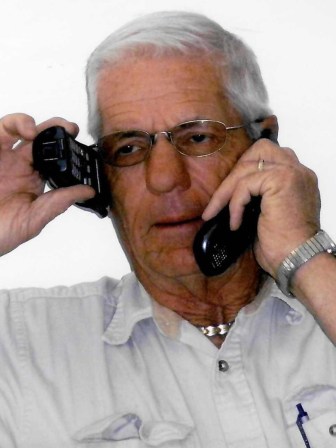 Raymond Wayne Dietrich, 79, of Dexter, Minnesota, passed away at his home surrounded by his family on Sunday, November 27, 2022.

Ray was born on November 23, 1943 in Whitmore, Iowa to Archie and Lois (Barr) Dietrich. He attended school in Elkton, Minnesota. Ray married Sharon Schreiber on August 15, 1964 at Grace Lutheran Church in Austin. In 1972, Ray and Sharon started R&S Grain Systems, which they ran until their retirement in 2015.

Ray was a member of St. John’s Lutheran Church in Elkton and the Eagles Club. In his spare time, Ray enjoyed traveling, spending time at his cabin, four-wheeling and even picked up wood-working in retirement. He especially loved spending time with his grandchildren and great grandchildren.

A memorial service will be held at 11:00 am on Thursday, December 1st at St. John’s Lutheran Church in Elkton, Minnesota with the Reverend Jackie Short officiating. Visitation will be at the church one hour before the service with a luncheon to follow. Private family interment will be at a later date.

In lieu of flowers, memorials are preferred to St. Croix Hospice.