Promoting Hmong culture: Fashion and music at the Armory 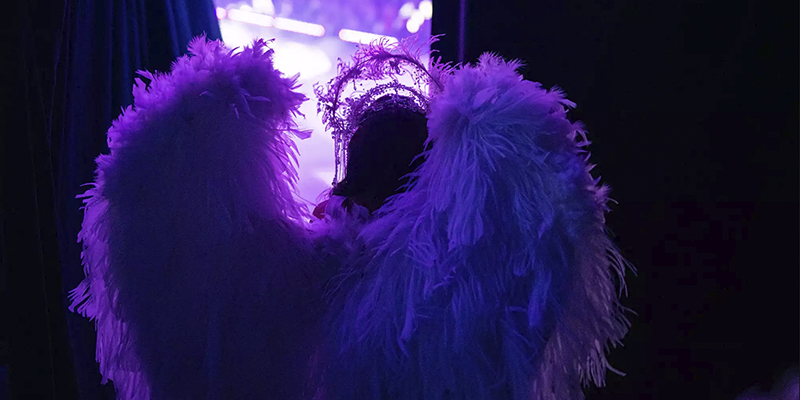 A model waits backstage for their turn to walk during the Hmong Nouveau Fashion Show and Concert at The Armory in Minneapolis on Saturday. Stephen Maturen for MPR News

At the Amory in Minneapolis, Hmong Culture was on full display on Saturday night. Hmong Nouveau, a fashion and lifestyle organization, hosted its 2022 fashion show and concert showcasing Hmong talent and culture from artists both locally and internationally.

Cypher Side, a hip hop dance group, performed with singer Zong Pha Xiong at the event. Karen Yang was of the choreographers and said working with Xiong, also known as ZPX, was a good experience.

Another enjoyable part of the process for Yang was getting to collaborate with other choreographers on ZPX’s performance.

“It’s been pretty seamless because we all work pretty well together,” Yang said. “We know what to split up.”

“It’s just been [an] awesome process,” Lue Thao, another choreographer with Cypher Side said. Thao said ZPX brought Cypher Side on board after a conversation the two had.

“I’ve never seen a Hmong artist that has dancers with them, you know, you see all these billboard performances, all these big Superbowl performances. I mentioned that to him, and he pitched it to [Hmong Nouveau].” Thao said.

“I think it’s so important to have these artists and also promote our Hmong culture.”