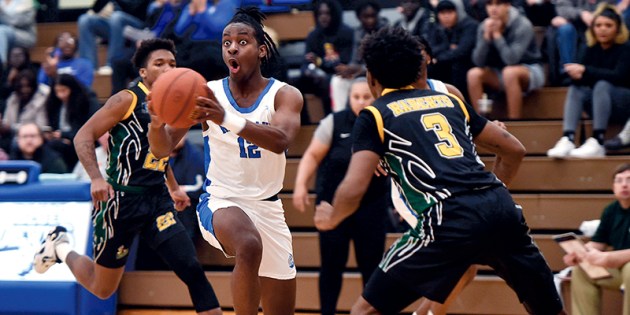 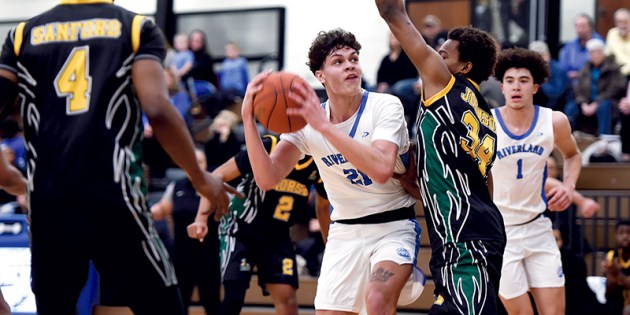 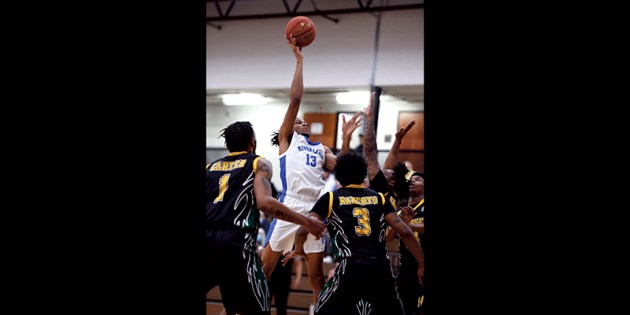 The Blue Devils hung around, but they couldn’t get over the hump in the closing seconds as they lost to Mesabi Range 79-76 in Riverland Gym Friday night.

The Blue Devils had one last chance while trailing 78-76 with 1.9 seconds left, but Savier McCall’s in-bounds pass hit the roof while attempting to throw a full-court heave.

After a stretch where both teams were trading buckets down the stretch, Mesabi threw a haymaker when sophomore Mark Campbell II hit a step-back three to put the Norse up 72-70 and he came up with a steal and found Johnny Spencer for a lay-up to make it 74-70 with 1:51 left. Campbell II gave Mesabi a 77-74 lead when he spun through the paint and finished with 10.7 seconds left in the game.

“They’re older and they have a lot of second year guys. We’re new and we’re learning. This is still a process,” RCC head coach Derek Hahn said. “We can sit and clap our hands when we win, just as much as we sulk when we lose. The biggest thing that we can take out of this is that we’ve got to get mentally tougher.”

McCall was huge off the bench for the Blue Devils (4-2 overall) as he put up 20 points and he brought RCC within 74-72 when he finished a move in the paint with 1:30 left. He added another big score when he connected from close range to bring RCC within 75-74 with 42 seconds left.

Jourdan Weddle had also kept RCC in the fight as he hit a bank-shot fade-away, a pair of free throws, and he finished in the paint during a three-minute stretch when the intensity was up.

The Blue Devils had built up a 48-43 lead after a transition jam by Jamari Walker with 14:19 left, but a slew of RCC turnovers allowed the Norse to get right back in it as Mesabi went on a 8-0 run to go up 51-48 with 11:40 left. Most of the damage was done by Campbell II, who finished with a game-high 30 points. Campbell II was effective with an array of moves around the rim.

“It wasn’t just the ball handling that hurt us. We had some quick turnovers, but we also gave up a lot of second chance points,” Hahn said. “We had guys standing around the perimeter and we were expecting two guys to get a round against three or four, which is difficult to do.”

RCC trailed for much of the first half, but it took a 37-33 lead into the break after closing the frame on a 10-2 run that was capped by a put-back by Zach Markland and a pair of free throws by Raheem Brizendine.

The Norse opened the game on a 12-3 run over the first four minutes, but the Blue Devils used their defense to crawl back into it. RCC took a 20-19 lead when Savier McCall hit two free throws and MJ Galimah converted a steal into a lay-up.