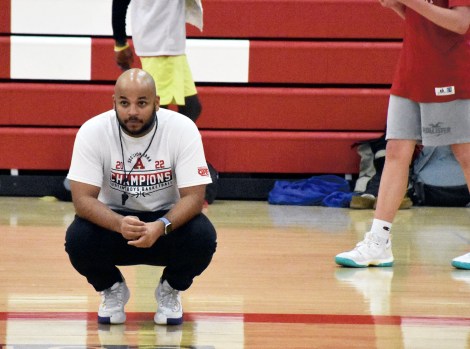 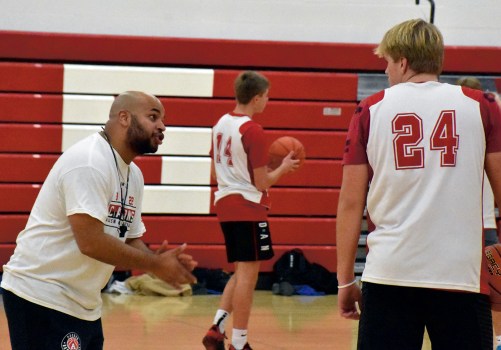 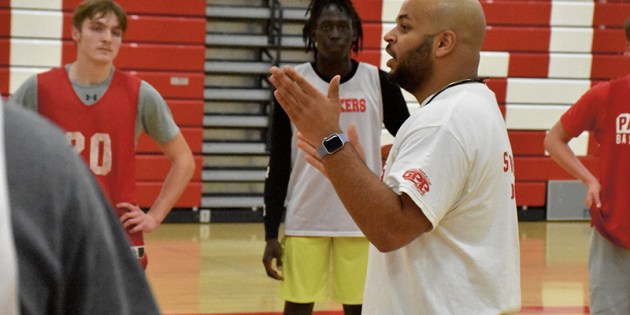 Ever since he moved to Austin 22 years ago, Jamaal Gibson has had his eyes on Packer Gym. Now Gibson, a 2010 AHS grad, is the man in charge.

He’s shouting to players, holding post-practice huddles and he’s running the show. Gibson, who played football and basketball for the Packers in high school, has learned a lot as an assistant and youth coach in the area and he’s now ready to carry on the rich tradition of Packer basketball.

“I definitely felt the pressure walking in here originally, but this is what I’m comfortable with,” Gibson said. “All of the other things like working with the booster club, getting our gear and our schedule right, those things were all foreign to me. Running a practice and commanding the attention of 14 to 18 year olds is something I feel I’m pretty good at. It’s been nice to get back in the gym.”

The Packers are in their second week of practice and they will open the season at Byron this Saturday. Austin will play with a different pace than it has in the past and the team is certainly ready for that adjustment.

Senior Ater Manyuon said the team has warmed up to Gibson quickly as a head coach.

“It’s been all work and it hasn’t been that different because he’s been part of the program for a long time now,” Manyuon said. “The only difference is that he’s the guy in charge now. We have a mutual respect for each other. It just feels normal. If everyone else would’ve gotten the coaching spot, it wouldn’t feel normal, but this feels totally natural.”

The Packers may have lost a few starters from last year’s team that went to state, but senior Buai Duop said the program is still aiming for big things this winter.

Gibson knows his roster as good as any coach in the state as he has coached all of his players at various levels throughout their careers. He has led some as fifth graders and coached others in YMCA basketball.

Gibson isn’t forgetting about former head coach Kris Fadness as he’s selected his drills and his approach based on what he learned from Fadness, who won over 400 games at AHS and over 500 games in his career.

“Things will probably look very different with our style, but it was influenced by Kris Fadness,” Gibson said. “I never would’ve guessed that I ever would’ve been here (as head coach). It’s still a bit surreal, but I’m super excited. “

Manyuon thinks the Packers are capable of big things once they adjust to a new style of play.

“We’re looking to make a statement and do better than we did last year,” he said. “We’re kind of getting slept on right now, but we’ve got to shock the conference.”