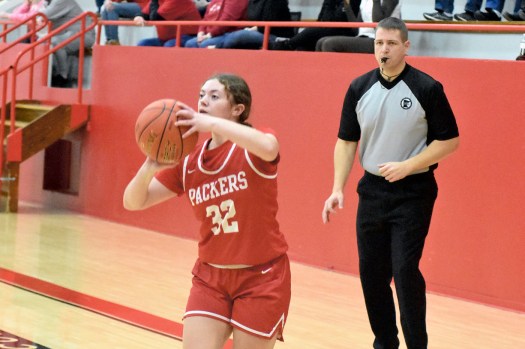 Austin's Kristen Neilsen spots up for a three-pointer for the Packers. Rocky Hulne/sports@austindailyherald.com Inbox 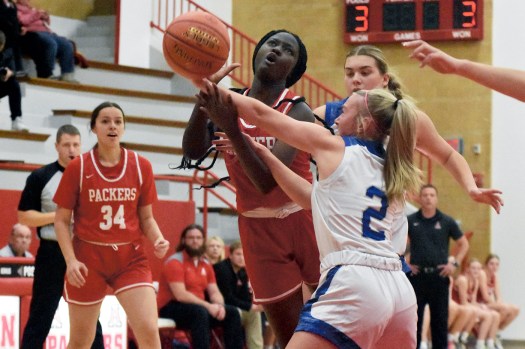 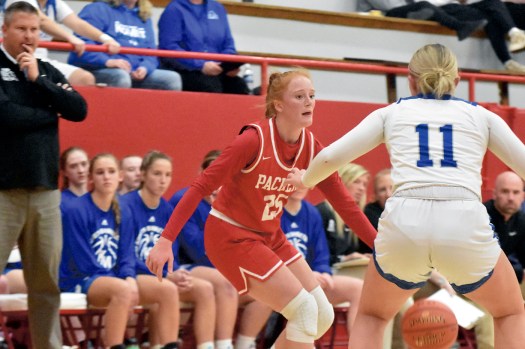 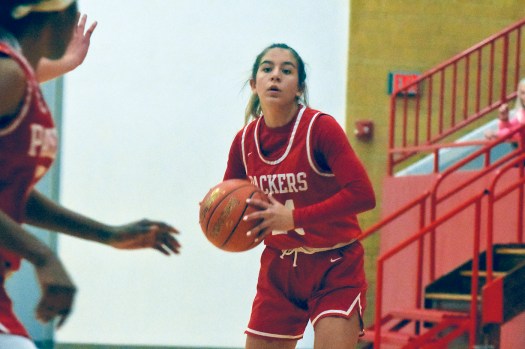 The Packer girls basketball team had its youth put to the test as it saw a lead slip away in a 72-64 loss to Kasson-Mantorville in Ove Berven Gym Tuesday.

Austin took a 39-33 lead when Marissa Shute knocked down a three-pointer early in the second half, but the KoMets put together a 13-2 run to go up 46-41 when Delaney Awe converted a steal for a lay-up with 9:02 left in the game.

KM’s run was solidified when Austin senior Olivia Walsh, who had 21 points and six rebounds, picked up her fourth foul when KM’s Ella Babcock converted a three-point play to make it 44-41 with 9:11 left.

“We had too much foul trouble. We went deep because we had to and it kind of hindered our ability to do the things we want to do,” Austin head coach Eric Zoske said. “But if we average 64 points a game this year, that’s pretty good. But we can’t give up 72. We gave up too many shots at the rim.”

Austin scored the first seven points of the game as Walsh was able to be effective near the hoop early on, and the Packers led 18-7 when Walsh scored another inside bucket. The KoMets responded with a 13-0 run that saw them take a 20-18 lead.

Aby Shubert put up 20 points and she grabbed 11 rebounds for the KoMets (1-0 overall).