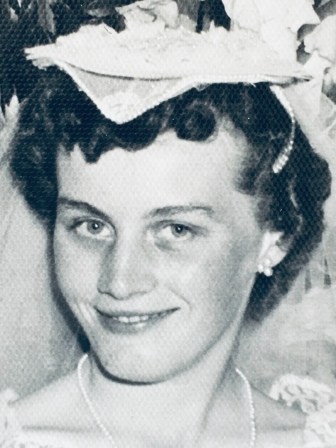 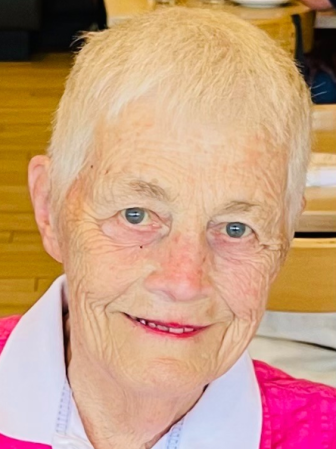 Kathryn Ann (Clark) Rockne was born August 3rd 1938, at St.  Mary’s Hospital in Rochester, Minnesota. She often spoke of  having the last rites said over her as a newborn, after suffering  a brain aneurysm. Pretty much the rest, she would say,  has been the icing on the cake.

Kathy attended Lourdes Catholic High School. Reading the  notes in her yearbook, it is clear that even then, she was the  loyal friend, the practical one, the good listener who laughed  easily.

She met her sweetheart, Dick Rockne, at a St. Patrick’s Day  Dance. He always said it took just one look across the room to  know he would never be the same. They were married for 61  years, spending most of that in his hometown of Austin, MN,  where they raised three daughters. She was a lifelong  homemaker in the true sense of the word.

There were hard times: illnesses, losses, family crises, a  catastrophic layoff. Throughout all, her strength and practicality  served her family well. In later life, if you had almost any sort of  question for him, Dick would simply ask, What does mom say?  (And being Irish, she had just the right saying for almost any  situation. Bad day? Well, that’s just the tail end o’ the limit.  Rough night? Kid, you look like the last rose o’ summer. Good  times? Aren’t you livin’ the life o’ Reilly!)

In later years, Kathy and Dick moved to Decorah, IA to be near  family. There they found another community, and a new ease  of living. After Richard’s death, Kathy continued to be a  downtown fixture, walking, or tooling around with the kind and  helpful Hometown Taxi drivers to all her places: Fareway, The  Hairloom, T-Bock’s, and more.

Coming full circle, on All Hallows Eve, October 31st, Kathy died  in the hospital where she was born, perhaps from that very part  of her brain that caused the trouble at her birth.

If we could narrow down her superpower to one thing, it might  be this: her contentment. Despite the many trials of her life,  even during them, she was grateful for each day. She never  tried to be anything but herself, and we will miss her more than  we can say.

Kathy is survived by daughters Ellen Rockne and Mary (Ron)  Brohmer, grandsons Gabriel and Matthew Andreas, siblings  Judy Gilmore and Kerry Clark, and many nieces and nephews.  She was preceded in death by her parents, her husband, their  daughter Carol, and many beloved aunts and uncles.

A Celebration of Her Life will be held on Friday, November 18,  at 1PM at the Lingonberry Event Venue, 218 West Water Street  in Decorah, IA. Feel free to wear pink, her favorite color,  as is  fitting for our dear Irish Rose.