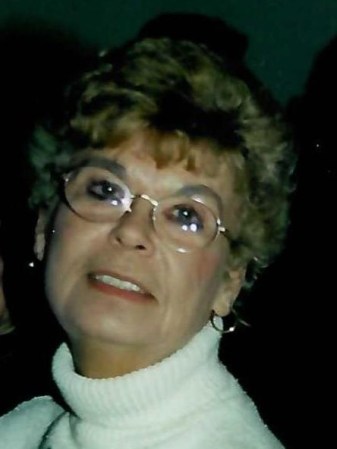 Joyce A. Finholdt, 82 of Austin, Minnesota, passed away peacefully surrounded by her family on Thursday, November 17, 2022 at Deer Crest Memory Care in Red Wing, Minnesota.

Joyce Ann was born July 31, 1940 in Austin, Minnesota to Jesse and Wava (Lewis) True. She enjoyed her years at Austin High School and was very active in the Marching Band, Friendship Club, Future Teacher’s Club and was the Class Treasurer; she graduated with the Class of 1958. A highlight of her senior year, was managing the Austin High School newspaper – The Sentinel and interviewing Louis Armstrong after a concert in Rochester. Soon after graduating, she began a 40 year career at Austin High School. Joyce retired as the office manager in the principal’s office in 2002.

Christmas was Joyce’s favorite time of year and she always made it very special for her family by going all out. She cherished time spent with her family, especially her grandchildren. She also was an avid reader.

She was preceded in death by her parents, Jesse and Wava True; sister, Marlene Sterling; and brother, Gregory True.

A memorial service will be held at 11:00 a.m. on Saturday, November 26th at Clasen-Jordan Mortuary with Pastor Dale Christiansen officiating. Visitation will be one hour prior to the service on Saturday morning. Interment will be in Grandview Cemetery.

In lieu of flowers the family prefers memorials to the Alzheimer’s Association.