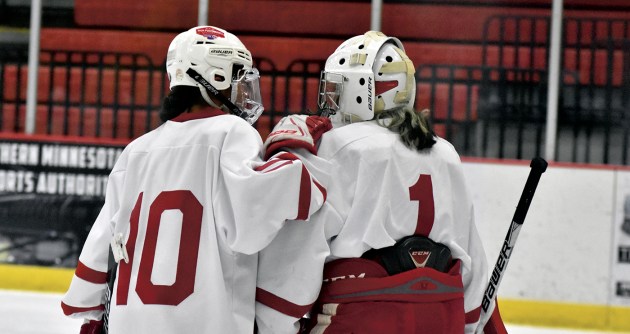 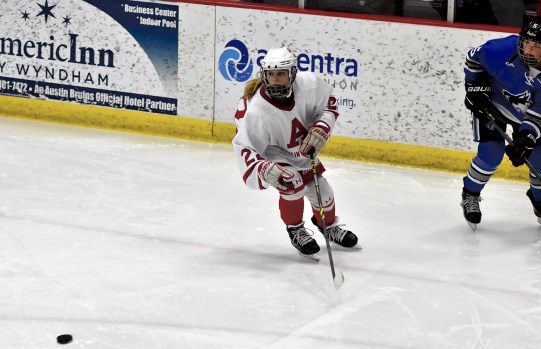 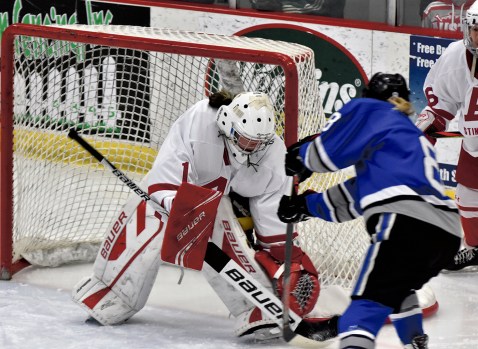 The Austin girls hockey team has a young squad that has a lot of growing to do and all of that was very apparent in the team’s 18-0 loss to Owatonna in Riverside Arena Monday.

The Packers committed a five-minute major penalty in the early minutes and they trailed 9-0 after being out-shot 28-1 in the first period. Things didn’t get a whole lot better on the scoreboard in the second period, but there was a moment that showed the team has a sense of camaraderie with a support system.

Austin eighth grader Chloe Schaal was having a tough night in net as she is trying to figure out how to play an extremely difficult position against much older and more skilled players. Schaal was wearing her emotions on her sleeves and showing signs of frustration when senior Sarah Wangen skated over to her, put her arm around her and offered words of encouragement.

The small gesture will surely go a long way for a middle schooler who is trying to keep up with high schoolers.

Schaal is one of three middle schoolers playing for the Packers, who are short on numbers this year, which means the team will have to stay positive and keep pushing throughout the long winter months.

With leaders like Wangen, those young players will catch up soon.