Green lights to shine for veterans 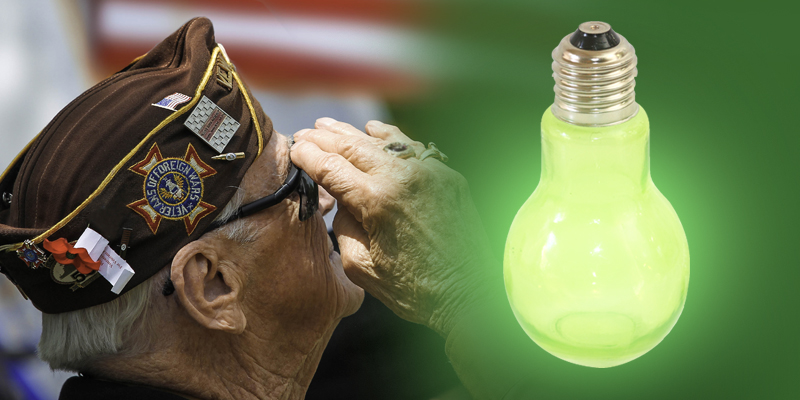 If you see a house or a business displaying a green light outside then you now know that that place supports a veteran.

That’s what’s behind the Greenlight A Vet initiative, which is about getting people to visually support a veteran by shining a green light in some fashion.

“If I’m driving down the road and see a green light on a porch, that gives me a thumbs up,” said veteran and Mower County Veterans Service Officer Rodney Streich.

The initiative, in just its first year, originated with the National Association of County Service Officers and based it on similar initiatives seen around the country.

“They know other organizations have used colors of light to show support,” Streich said. “They came up with the green light because green is the color of veterans.”

Counties and towns are asked to display green lights in their facilities during the week of Veteran’s Day, something that the Mower County Board of Commissioners supported unanimously last month when Streich first brought the idea in front of them.

“County buildings are going to support a green light for that week and I was able to purchase with some grant money some green lights for Mower County employee offices,” Streich said.

However, while the initiative itself is set for next week, Streich is hoping the idea will carry forward throughout the entire year.

Initiatives like this, Streich continued, are a perfect fit for communities such as Austin.

“This is a good retirement community,” he said. “There are quite a few older generations here and we still have some World War II vets around. They feel fully supported by the community.”

Greenlight A Vet also serves as a message, not just of support, but as a beacon for issues that affect veterans, including renewed efforts to address mental health.

“Suicide among veterans has been spotlighted a lot the last couple years,” Streich said. “That helps support all those things veterans are going through … mental health issues.”

People or businesses who take part in Greenlight A Vet are encouraged to post it on social media sites with the hashtag #greenlightavet.