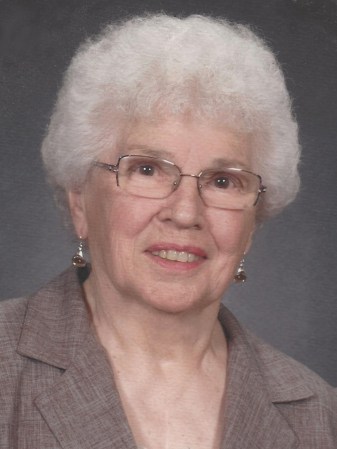 Dorothy K. Stern, age 96, of Austin, Minnesota, passed away on Wednesday, November 9, 2022, at Our House Senior Living – Austin Memory Care. Dorothy Kathleen Sukow was born at home in rural Dexter, Minnesota to Karl and Martha (Furstenberg) Sukow on January 3, 1926. She received her education from Elkton High School, graduating in 1943. Dorothy was united in marriage to Roland Stern on August 31, 1946, at Trinity Lutheran Church in Sargeant, Minnesota. The couple was blessed with three sons. On December 16, 1998, Roland passed away while coming home from Arizona. Dorothy worked at Hormel Foods for 40 years. She was a member of Our Savior’s Lutheran Church in Austin, American Red Cross, and the Mower County Senior Center. Dorothy enjoyed bowling, reading, and doing puzzles. She will be dearly missed by all who knew and loved her.

A funeral service will be held at 11:00 a.m. on Saturday, November 19, 2022, at Worlein Funeral Home Chapel in Austin. Visitation will take place from one hour prior to the service. Interment will be in Oakwood Cemetery, Austin, Minnesota. Memorials are preferred to recipient of donor’s choice. Services are prearranged and performed by Worlein Funeral Home of Austin. Condolences may be expressed to the family online at www.worlein.com.