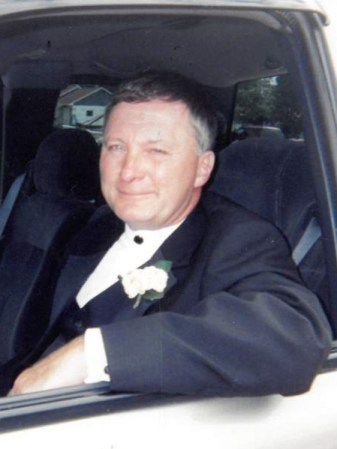 David “Dave” LaVerne Taylor, age 76, of Austin, Minnesota, passed away on November 12, 2022, at home surrounded by his family after an eight-year battle with cancer. Dave was born September 16, 1946, in Austin, Minnesota to Louis “Tip” and Marian (Barr) Taylor. He graduated with the class of 1964 from Lyle High School and went on to attend Austin Junior College and Mankato State University. He met the love of his life Carmel Petersen while attending Austin Junior College. In 1965, Dave began working at Hormel until 1968 when he was drafted into the United States Army and served until 1971, when he was honorably discharged. While in the service, he married Carmel Peterson on July 3, 1970, in Goeppingen, Germany. In 1971, Dave returned to Hormel. While working at Hormel, Dave became a rural postal carrier and for several years, delivered mail during the day while working nights at Hormel. During his retirement, he delivered for Sterling Main Street until 2017.

He was a member of the Eagle’s Club and the American Legion Post 91 in Austin. Dave loved sports; he enjoyed playing, spectating, and was an avid fan of the Minnesota Gophers. His love for sports started in high school; he played football, basketball, and baseball and went on to play basketball at the Austin Junior College. Dave enjoyed his cars, riding motorcycle, and listening to music, especially Ray Charles and Otis Redding. Dave was known to be hard working, very trustworthy and always loved to start a good debate. He will be greatly missed.

A memorial service will be held at 11:00 a.m. on Thursday, November 17th, 2022, at the Worlein Funeral Home Chapel in Austin, Minnesota with Rev. Heidi Heimgartner officiating. Visitation will take place one hour prior to the service. Interment will be in Minnesota State Veterans Cemetery in Preston, Minnesota at a later date. Memorials are preferred to the Hormel Institute. Services are prearranged and performed by Worlein Funeral Home of Austin. Condolences may be expressed to the family online at www.worlein.com.