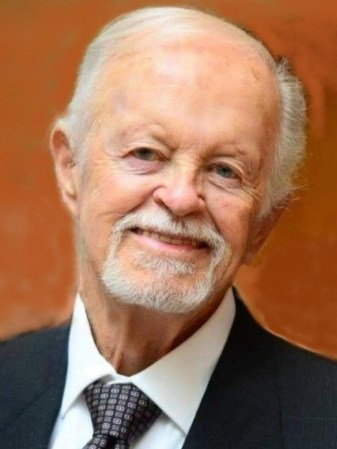 David A. Norris, 86, of Rochester MN, died Saturday, November 26 at his home.

David was born January 26, 1936 to Lucille and Forrest Norris in Kasson, MN. Shortly after his birth his family moved to Austin, MN. He graduated from Austin High School in 1954. He then joined the military and served in the Air Force as a medic at Parks Air Force Base in California during the Korean conflict. He was honorably discharged in 1958 and returned to Austin. He married Suzanne Peterson on June 20, 1959. He attended Linotype school in Charles City IA. He moved his wife and daughter to Arizona where his son was born and worked for a publisher of Arizona Highway Magazine. After returning to Rochester in 1963 he worked at Whiting press as Supervisor for the printing of medical publications for Mayo Clinic.

After retiring from Davies Printing he enjoyed gardening, watching basketball and football and spending time with his family. David was a devoted husband and father.

He was preceded in death by his parents, a brother Duane, and his daughter Lori.

A Funeral Mass will be held Thursday, December 1, 2022 at 11:00am in The Church of Resurrection Catholic Church with Fr. Peter Schuster and Fr. Steven Peterson officiating. Visitation will be held one hour prior to the service at the church. Burial will be in Calvary Cemetery.

Online condolences are welcome at www.mackenfuneralhome.com.