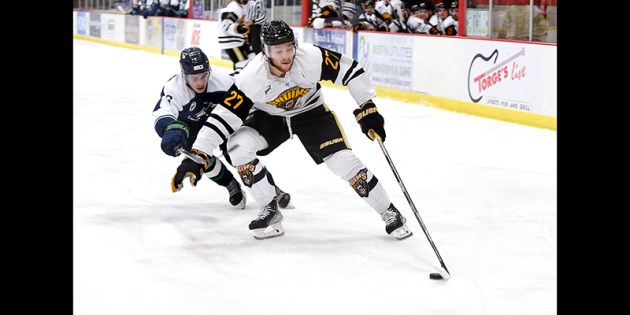 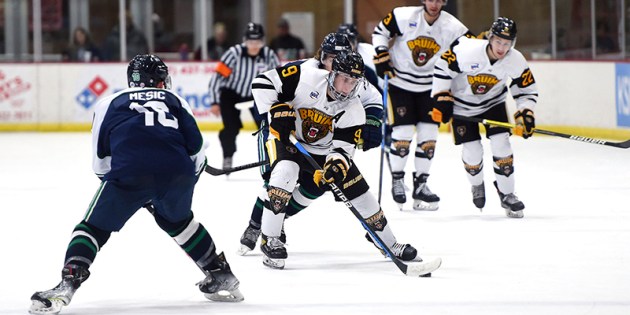 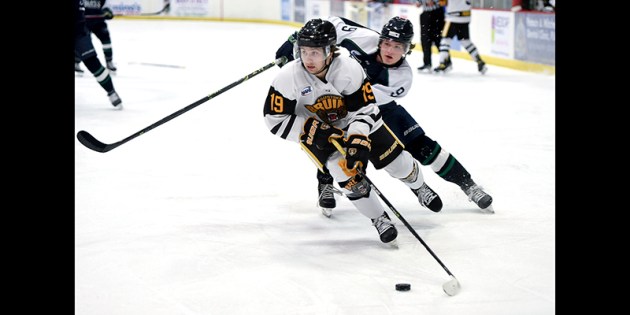 The Bruins’ Sam Christiano turns with the puck during the first period against North Iowa Thursday night at Riverside Arena. Eric Johnson/photodesk@austindailyherald.com 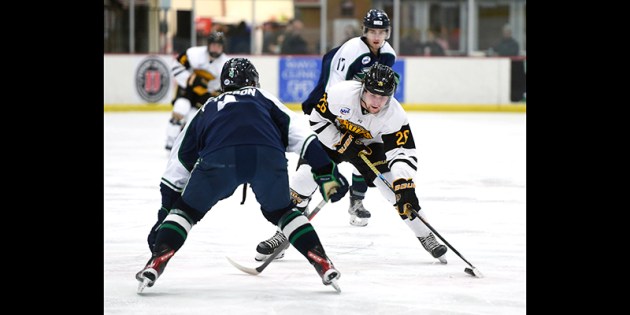 The Austin Bruins controlled the puck and possession from the opening puck drop as they dominated the North Iowa Bulls (10-9-1-1 overall) 3-0 for their fifth straight victory in Riverside Arena Thursday night.

Giuseppe Fiorilla scored his first goal as a Bruin in the first period as Austin (13-2-1-3 overall) held a 12-3 shot advantage in the opening period. Jack Malinski and Austin Salani added second period scores to make it 3-0.

Malinski, a captain from Lakeville, now has two goals and 11 assists on the season for Austin. He said the team kept the intensity up, despite leading by three goals in the third.

“It was all about keeping our heads into it. Our motto is that it’s always 0-0 and we’re only focused on the next goal. We stayed dialed up throughout the whole game,” Malinski said. “The guys are getting more vocal and we’re rolling right now. Communication is how you win games. The (four game) sweep over Minot was an awesome feeling, but that’s in the past and we’re moving and always playing like we’re the underdog.”

Ethan Robertson, who is from Curtis, Ontario, stopped all 16 shots he saw to score his second shutout of the season. He is now 7-1-0-2 on the season.

“It was a full team effort. The boys were blocking a lot of shots and we kept the chances minimum. They made my night very easy and all of the credit goes to those guys,” Robertson said. “I wasn’t really focused on the shutout. I was just trying to make the next save and make sure that they didn’t get any life. It wasn’t really on my mind.”