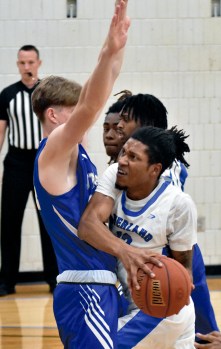 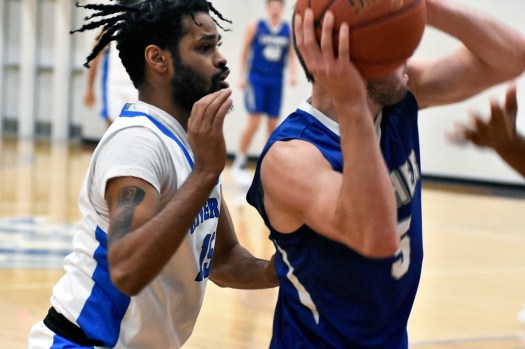 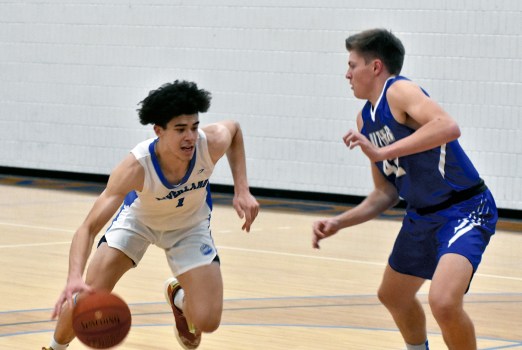 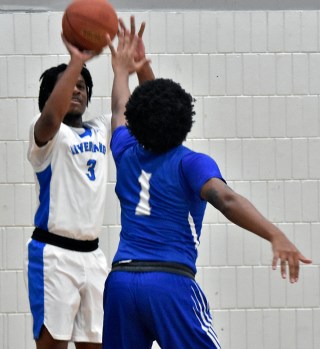 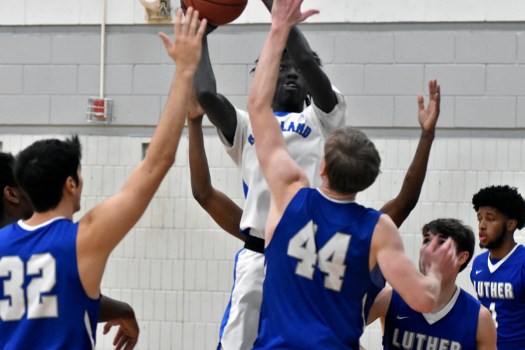 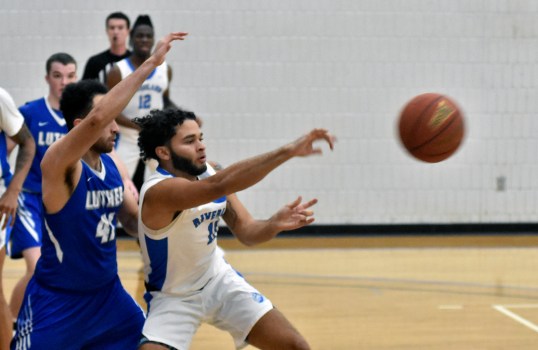 The No. 8 ranked Blue Devils are still in the process of determining a rotation and a pecking order, but they showed it can finish a close game when it outlasted Luther JV 73-63 in Riverland Gym Tuesday.

The Blue Devils (4-1 overall) trailed 54-52 with 6:30 left in the game when they responded with a 12-0 spurt that iced the contest. Jamari Walker, a freshman from Cottage Grove, scored on back-to-back post moves during the rally to put RCC up 58-54 and Jayden Hill, a freshman from Marion, Iowa, knocked down back-to-back triples to close the rally and give RCC a 64-54 lead with two minutes left.

Hill finished with 17 points and 14 rebounds to lead RCC in both categories, but he knows those numbers aren’t guaranteed every night on a team that has a lot of talent.

“We all have to realize the situation we’re in,” Hill said. “Not everyone’s going to be able to score all of the time and it’s going to go up and down. I was just trying to bring energy early on.”

Walker finished with 14 points while going 6-for-10 from the field and grabbing six rebounds. He was effective with his back to the basket in the low post for much of the second half.

“Jayson Tatum is the biggest guy who I look at (when modeling my game),” Walker said. “He’s taller and he’s able to level his shot off. This is the most comfortable place I’ve ever played and I’m able to play my true game here.”

RCC opened the game on a 6-0 spurt over four minutes, but Luther scored the next eight points. The contest went back and forth for much of the night as neither team led by double digits until the closing minutes.

“Luther had seven juniors and there’s a different level of maturity with physical play,” RCC head coach Derek Hahn said. “This was a good learning experience and it’s only November. Sometimes me and the assistant coaches lose our minds like it’s January or February, but we’ve still got a lot of time.”

The win was No. 150 for Hahn, who is in his eighth season at RCC. He took the Blue Devils to the NJCAA Division III Tournament last season, but the team is mostly starting over with Malik Cooper, who had 10 points Tuesday, being the only key holdover.

“We can put points on the board, but a lot of these guys are still in the high school mindset where they think they’ve got to get theirs,” Hahn said. “When the ball flows, we’re a lot better. We’ve got the pieces here and we like where we’re at defensively.”