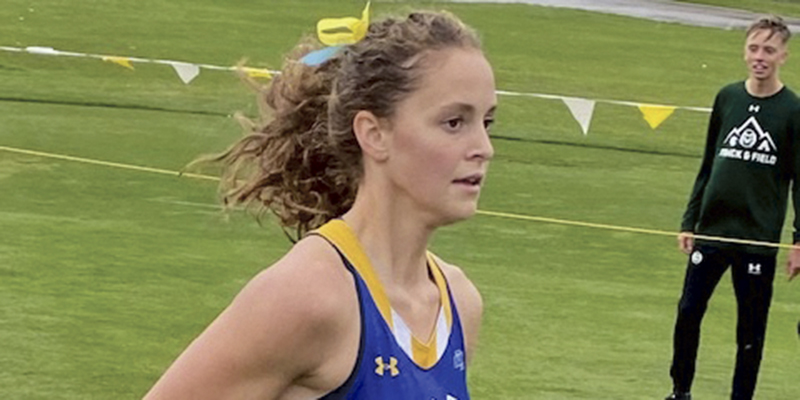 Pacelli grad Kayla Christopherson ran in plenty of big meets against the best runners in the state of Minnesota when she was with the Shamrocks, but she’s now ready to go up against the best in the nation as a member of the South Dakota State University cross country team.

Christopherson, a six-time state qualifier and two-time All-State selection at Pacelli, is all set to compete in the NCAA Midwest Cross Country Regionals in Stillwater, Oklahoma at 11 a.m. Friday. 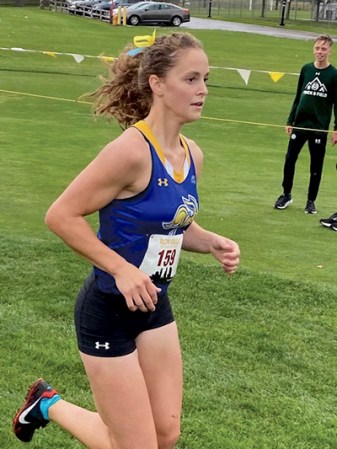 Christopherson is a senior with the Jackrabbits and this will be the first time running in Regionals. She has high hopes for her squad, which is hoping to make program history.

“As a team, we’re hoping for our highest finish ever. We want to get in the top 10, Christopherson said. “That says a lot about our program, because we are a big school, but we’re not part of the Big 10 or Big 12, but we compete with those teams that have better resources and athletes. It says a lot about our school.”

Christopherson is coming off a strong performance  at the Summit League Championships, where she took 22nd with a time of 21:23.4 in the 6K race. That race was a big performance for Christopherson, who has learned what it’s like to compete at a high level, while running Division I cross country.

“You’re competing with the best of the best. The competition is a lot harder in college,” Christopherson said. “I remember finishing first in some of my high school races, but I’ve never finished first in any college race ever. It’s helped me do more and push to be up there with the lead runners. I’ve had huge improvements within these four years here at South Dakota State.”

Christopherson was a dominant runner for the Shamrocks and she’s one of the few Pacelli athletes to go on and compete at the college level in any sport in recent years. She’s enjoyed every step of the journey and Pacelli is never far from her mind.

“I take a lot of pride in coming from a small school and being able to compete at this level,” Christopherson said. “It’s been amazing to meet runners from different backgrounds and different lifestyles and form those kinds of friendships.”

Christopherson’s favorite athletic memory with the Jackrabbits was the team winning the conference championship last season, but mostly she’s enjoyed all of the friendships she’s made.

“My best memories are becoming best friends with all of my teammates with the bus rides back and all of the laughs we share,” Christopherson said.