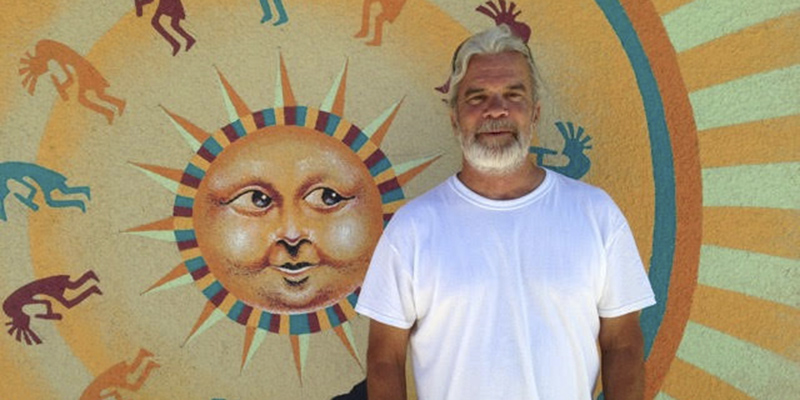 Pictured is Jim Freitag, a native from Austin and award-winning artist. Photo provided

Austin native and AHS Class of 1972 graduate Jim Freitag remembers having pencil in hand and drawing before he started kindergarten. A self taught artist, he has made drawing his life’s work, and today at age 68 he is thankful to still be doing what he loves.

Freitag remembers being caught by his father one day with a stub of a pencil in his hand and drawing on a stairwell wall leading to his bedroom. He expected to be in trouble but instead he was told that it was his wall and it was okay. They eventually moved to a different home and when his father took him to his room he showed him where his new wall would be. Eventually it was covered with drawings of 60s and 70s record album art. In his senior year of high school he entered that entire wall in an art show at school, with his father’s approval. Freitag still has that wall in his home in Eagan.

A detailed piece of art by Jim Freitag. Photos provided

Life moved on and Freitag found himself spending 30 years working at The Star Tribune newspaper in Minneapolis as an illustration artist. Subjects of this art/talent included politicians, sports, celebrities and the American way of life.

Acrylic paint, color pencil, pen/ink and airbrush are the main mediums he uses to produce his art, but he also works in Photoshop and Illustrator design programs on a computer. In retirement Freitag finds himself doing commission work, such as a drawing for a friend of his of the man’s father-in-law who had recently passed, along with the father-in-law’s granddaughter.

He also draws a lot of dogs and cats, many of which have crossed over the rainbow bridge, provided album/CD covers and T-shirt art.

Earlier this year he applied for and was accepted into two different art shows, The Edina Art Fair, which is held the second week of June, and the Uptown Art Fair which is held in Minneapolis in early August. Each one draws hundreds of participants and it is difficult to be accepted. This was not the first time that Freitag had applied to either one, so he was excited for the opportunities.

A few days prior to May 5, Freitag was working on finishing up a Mother’s Day present for his family. It was a picture of their mother, who had passed away at the age of 36 in 1966, leaving his father to care for him and his five siblings.

May 5 is important to note because it was on that day that he was found in his home unconscious but breathing. His daughters Brianna and Ashley had requested a welfare check by authorities, after not hearing from him for a few days.

Freitag was transported to the hospital by ambulance. While in the emergency room he was intubated, and put on a ventilator. His breathing was not good.

Doctors ordered imaging and were concerned about his left lung as it appeared to have a lot of fluid in his chest. A chest tube was inserted and was successful in draining a significant amount of the fluid. The diagnosis was pneumonia and an empyema, which is a collection of pus in the space between the lung and the inner surface of the chest wall.

He was admitted into ICU later that evening. 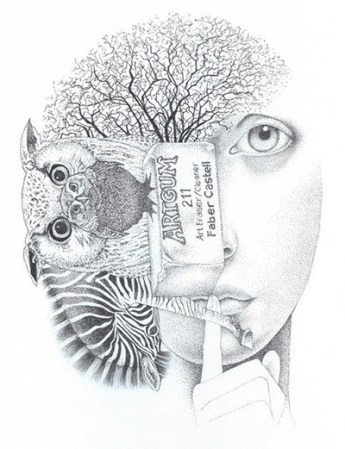 Still intubated, on a respirator, and sedated to keep him calm and comfortable he was able to have a stable night. The next day he was responsive to questions and recognized his daughter Ashley’s voice and touch. Doctor’s decided that while the chest tube was working well, it unfortunately would not be successfully in treating him. He would need a thoracotomy (incision in the chest wall) and decortication (removal of outer layer fibrous scar tissue). The doctor’s analogy was there was a “rind” around his left lung. This needed to be removed so all the infected fluid could be drained to help re-expand his lung.

The surgery was a success. Surgeons removed 800ml (27 ounces) of infected fluid and a special catheter was placed in the pleural space. This allowed numbing medication to be administered to the area. An additional three chest tubes were placed in his chest to remove any extra fluids.

He has no memory of the days leading up to when he was found. After four days in the hospital he did not know the month or year, but on day seven he knew the name of the hospital and what city he was in. After three weeks in the hospital undergoing physical, occupational and speech therapy, Freitag was allowed to go home with oxygen, IV antibiotics, continuation of physical and occupational therapy, and daily check-ins with a nurse practitioner. His younger brother Bob who lives in Winona stayed with him and played an integral part of his healing and rehabilitation, and kept everything organized for a month.

A few days before he was to be discharged he asked his doctor why this had happened to him. His doctor told him he had smoked for too long. Freitag had been a smoker for 50 years.

Freitag said he is very thankful to be alive. He hasn’t had a cigarette since his hospitalization and is participating in a lung rehab program. The group spends the first hour talking about why they are there and the rest of the time doing physical rehab. He feels better today than before his hospitalization.

Even though his lungs are not very good and he has to use an inhaler daily, he said, “I’m way better off than before.”

His family brought in art supplies and he continued to do his art while in the hospital. Before he left he gave each one of his caretakers a print of what he had done.

“They loved it, even though it wasn’t up to par,” Freitag said

Once out of the hospital his mind was focused on the upcoming Edina Art Fair a few short weeks away. He kept in contact with the organizers, giving them updates along the way. When it was apparent that he would not be able to attend, they told him that they technically do not give refunds. However they decided they were going to carry his entrance fee over to next year, and they would save him an even better spot than he had this year.

Obviously not being able to attend was disappointing, but all he could do was focus on his health and prepare for the next show. The Uptown Art Fair in Minneapolis is a three-day event, with 300 entrants and thousands of customers. His category was “Drawing” and his booth highlighted art from 40 years ago to four months ago, and everything in between. He had just been taken off of oxygen and still somewhat weak so his daughter Brianna, sister and brother-in-law helped him all weekend.

Before the end of the show the judges visited his booth and presented him with the “Best in Show” award for the Drawing category. He was judged by not just one piece of his work, but the whole body. The prize allows him a free pass into next year’s show.

Freitag said he was humbled by winning the award, and his family is very proud of his accomplishments. The body of his work represents a lifetime, and he is most thankful that he still has more time to add to it.