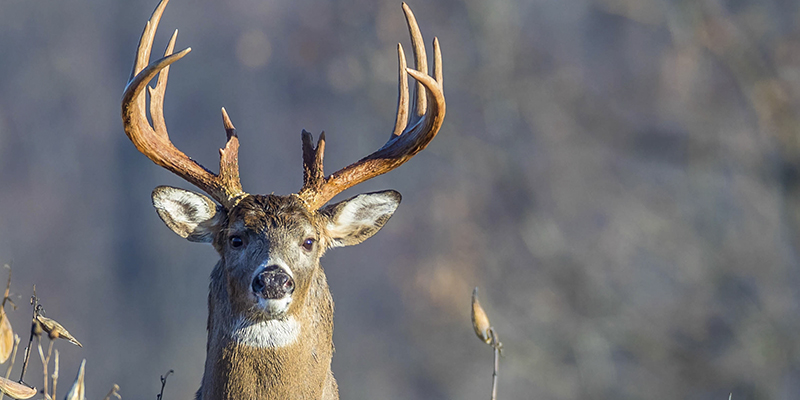 Opening weekend of the Minnesota firearms deer season is a critical part of the surveillance for chronic wasting disease in wild white-tailed deer.

More than half of the estimated 180,000 deer killed by hunters are shot the first weekend of the season. That’s when the DNR focuses efforts to test deer.

The agency will be testing samples collected from deer killed this weekend in eight areas of the state.

“We have new surveillance happening in both the northwest and the north central part of the state in addition to the ongoing surveillance areas that we’re carrying forward from last year,” said the DNR’s wildlife health program supervisor Michelle Carstensen.

The agency uses three designations for monitoring the spread of CWD:

In the Red River Valley last fall, a hunter paid for a test on a deer killed near the small town of Climax. It became the first positive case in an area that previously had no known CWD cases.

“And so that made us realize that there’s parts of the state that just are not getting good surveillance coverage, because they’re not in areas where we’ve had risk factors,” said Carstensen. “So there’s lots of the state that isn’t having testing options and perhaps hunters want to test deer. So we’ve expanded two things.”

The first is a collaboration with taxidermists across the state. Carstensen says taxidermists will be reimbursed $20 for each sample they collect from trophy deer brought in by hunters.

“And the second thing that we’ve rolled out this year is a pilot project where we’re allowing hunters to collect the sample themselves,” she said.

That option has proven popular. Carstensen said the agency assembled 5,000 sample collection kits and they’ve all been claimed by hunters or groups distributing them to to hunters.

“Adding surveillance, in my mind, is greatly important that we get out to the areas where we have not found it so that we can find that early and take the actions to control it,” he said.

Quarberg has already used a free testing kit on a deer killed during archery hunting season, and he’s passed out tests to several other hunters.

“And 100 percent of them were fully willing to do it because they understand that you know, research is done by scientific means and not by guesses and by gollys, and to do that is very important.”

The DNR has also implemented deer feeding and attractant bans in counties across the state.

Those bans are an effort to prevent deer from gathering in groups, which increases the risk for spreading chronic wasting disease.

Michelle Carstensen expects that between DNR staff and hunters, the state could collect as many as 11,000 samples from deer this weekend.

Those collected lymph nodes will go to out-of-state labs; there’s no lab in Minnesota that offers the ELISA screening test for CWD, said Carstensen.

“Luckily there are these labs both in Colorado and Wisconsin that accept out-of-state samples and give us some of the fastest turn around times that you can get nationwide,” she said.

The screening tests cost about $21 per sample.

Carstensen said the growing surveillance effort aided by hunters and taxidermists in collecting samples across the state will increase the odds of early detection of CWD in parts of the state where it’s not currently found.

“It’s a disease that once it’s here it’s really hard to get rid of. So we focus a lot on prevention. And where we do find it, we focus on trying to mitigate any adverse effects of the disease spreading further,” she said. “But, you know, we’ve been dealing with it pretty consistently since 2016. And I think it’s going to be something hunters in Minnesota continue to experience.”