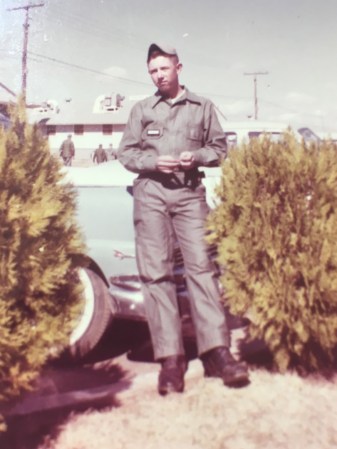 Walter Owen Britton, age 80, of Akeley, Minnesota, formerly of Brownsdale, Minnesota, passed away on Friday, October 7, 2022, at Essentia Health in Fargo, North Dakota. Walter was born September 1, 1942, in Hemingway, South Carolina, the son of Walter and Sybil (Owens) Britton. He attended school in Hemingway, South Carolina before joining the Air Force in 1959. While in the Air Force he was deployed to Vietnam until 1961 and was honorably discharged in 1963. Following his honorable discharge, he began his lifelong career as a self-employed truck driver; he retired in 2021. On October 27, 1979, he was united in marriage to Debra Dunham in Austin, Minnesota. The couple moved to Brownsdale in 1981. Walter enjoyed playing the guitar, singing, fishing, and hunting. He also loved woodworking and golfing and spending time with family and friends. He will always be remembered for his storytelling. Walter was a member of Crane Community Chapel in Austin, the Austin Eagles Club, and he volunteered for the Brownsdale Fire Department. He will be greatly missed by all who knew and loved him.

A funeral service will be held at 11:00 a.m. on Thursday, October 13, 2022, at Crane Community Chapel, Austin. Visitation will take place one hour prior to the service at the church. Interment will be in Minnesota State Veterans Cemetery in Preston, Minnesota. Worlein Funeral Home of Austin is assisting the family with arrangements. Condolences may be expressed to the family online at www.worlein.com.