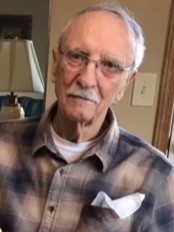 Rodney Gene Kinny, 82, of Austin, Minnesota passed away peacefully at home on Wednesday, October 12, 2022 with family by his side.

Rod was born in Austin, Minnesota to John and Gloria Kinny (Sharrow) on June 23, 1940. He was one of five children.

He was first employed by REA in Owatonna, Minnesota as an apprentice lineman, later employed by the Austin Utilities for 30 years as a high voltage lineman and troubleshooter.

On October 22, 1960 Rod married Sharon Kay Parr and together they raised three children. During their life together they worked hard and enjoyed many adventures: snowmobiling, motorcycling, travel, remodeling homes, and more. They owned and ran the Tendermaid Restaurant for 20 years. Sharon passed away on December 5, 1999.

On September 11, 2003 Rod remarried to DeLoris Pehl of Austin, Minnesota. For the last 19 years they enjoyed retirement together, traveling in their RV, spending winter months in Texas, time with friends, and also remodeling homes together. Rod was fond of saying he was a smart man, he married above his head both times.

Rod was a gifted woodworker, building several pieces of furniture over the years, gifted to his family. Over the years he lent a helping hand to countless others, offering his masterful skills where he could. One of Rod’s favorite past-times was listening to music.