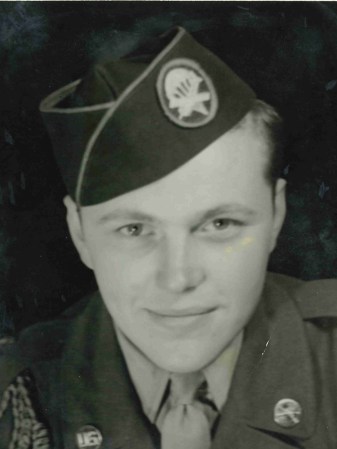 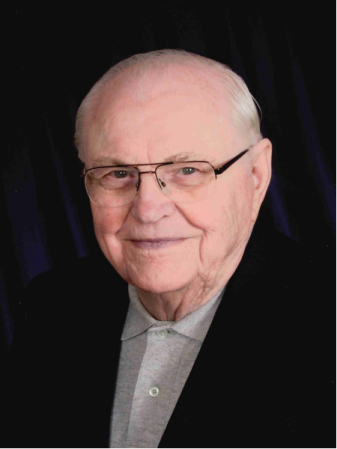 Bob was born on December 21, 1923, in Fremont, Nebraska. He was the son of Frank and Agnes (Budin) Potach. He graduated from Fremont High School in 1941. From there, Bob attended Midland College in Fremont, Nebraska. He interrupted his studies to go and serve in the US Army, in the 101st Airborne Division, during WWII. Bob spent his 21st birthday in the trenches in Bastogne, Belgium, during the Battle of the Bulge. Upon completing his time in the service, he returned to Midland College to finish his studies. It was then that he met his future wife, Chris. During their time of courtship, there was a dance at the college. Chris’s mother made her a dress from Bob’s reserve parachute. She dyed it pink and added a black, velvet bodice. A very memorable and sweet story!

Bob graduated from Midland College in 1947 with a Bachelor of Arts degree in Business. Bob and Chris were married on February 18, 1948. They raised two children, Nancy and Kurt.

Bob’s career spanned 39 years working for the Geo. A. Hormel Company. Bob worked at the Fremont Office for 14 years. The remainder of his time with Hormel was spent in Austin, Minnesota at the Corporate Office. At the time of his retirement, Bob held the position of Group Vice President of Administration. He also served on the company’s board of directors, as well as the Executive Committee.

Bob was a member of St. Olaf Lutheran Church and the Austin Country Club. He served on the board of St. Olaf as well as his church in Fremont. Bob received the Outstanding Alumni Award from Midland College in 1972.

He was preceded in death by his beloved wife, Chris, sister, Helen, and grandson, Karl.

Funeral services will be held at 11:00 a.m. on Saturday, October 29th at the Clasen-Jordan Mortuary Chapel. Visitation will be one hour prior to the service. Interment will be in Oakwood Cemetery with Olaf B. Damm Post #1216 V.F.W. and the Austin American Legion Post #91 in charge of military honors.

The family prefers memorials be given to: