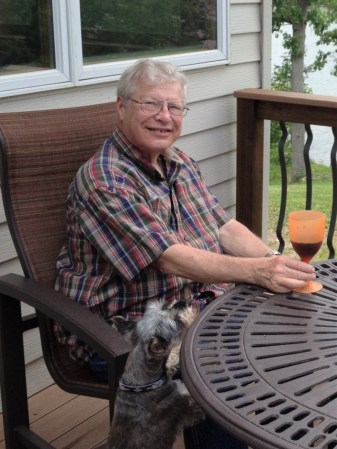 Robert “Bob” Allen Lindhart, age 81, of Austin, Minnesota, passed away on Wednesday, October 5, 2022, at Good Samaritan Society – Comforcare in Austin. Bob was born July 11, 1941, in rural Pine County, Minnesota, to Harley and Ethel (Wigen) Lindhart. He graduated from Braham High School in 1959 and went on to attend the University of Minnesota. On June 22, 1963, Bob was united in marriage to Norma Krenik in St. Peter, Minnesota. During college, Bob worked as a USDA Tech at the University of Minnesota. Then worked for J.R. Johnson until 1971, when he became the owner and operator of Ferndale Nursery and Greenhouse in Askov, Minnesota. In 1985, Bob began working for Ball Seed Co. and continued to work for seed companies until becoming a baker at Bill’s Family Foods in Forest City, Iowa, and then for Hy-Vee in Mason City, Iowa. Later, Bob worked at the Kum & Go and the Pilot Travel Center in Clear Lake, Iowa. After relocating to Austin, Bob worked at Runnings until becoming ill. All of his adult life he had a passion for gardening, he most enjoyed tending to his gardens and helped many family and friends set up and care for their gardens. Bob loved watching his grandchildren participate in all their school activities and just spending time with them. He enjoyed listening to pipe organ and harpsichord music. Bob and Norma loved traveling with their family to many countries. Over the years they hosted 9 foreign exchange students, some of which have been their tour guides in their home countries and have visited them here in the United States. Bob was always happiest to see his family all together.

A memorial service will be held at 11:00 a.m. on Saturday, October 15, 2022, at Our Savior’s Lutheran Church in Austin, Minnesota. Visitation will take place from 9:00-11:00 a.m. prior to the service at the church. Memorials are preferred to The Trevor Project – suicide prevention for LGBTG youth, Backpack Program United Way of Mower County – weekend food program for students in need in Mower County, Success Closet United Way of Mower County – hygiene supplies, clothing and outerwear for students in need in Mower County. Worlein Funeral Home of Austin is assisting the family with arrangements. Condolences may be expressed to the family online at www.worlein.com.