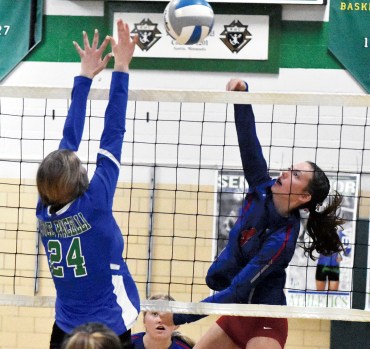 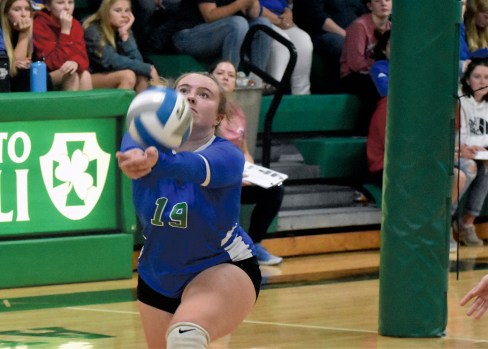 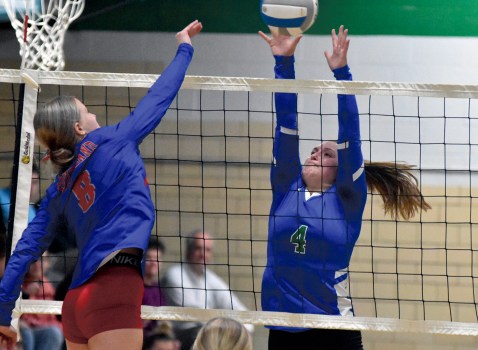 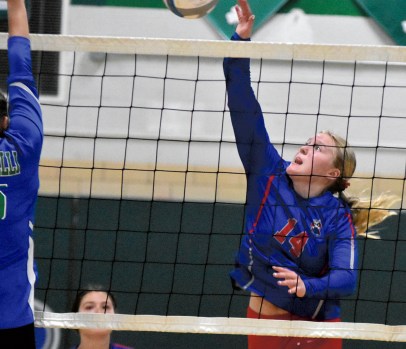 Southland junior Katelyn McCabe and the Rebels were in the midst of an onslaught from a young and hungry Lyle-Pacelli volleyball team, but she found just the motivation she needed as her team was able to finish off a sweep by scores of 25-11, 26-24, 25-15 in Pacelli Gym Monday.

The Rebels (6-11 overall) actually trailed 24-17 in the second game, before scoring nine straight points to steal it.

“Their student section was getting in our ear and it got in our heads. We weren’t connecting on our hits like we usually do, but we figured it out,” said McCabe, who finished with five kills and nine digs. “It was OK. It was really nice to finish it off in three, because I really wanted to go to Applebees.”
LP (1-22 overall) was also tied 6-6 early in the first game and it made some big rallies to stay in the second game. After LP scored on a long volley to go up 16-12, Morgan Klankowksi had a big kill to put the Athletics up 19-13.

Just when LP was one point away from tying the match at one apiece, Southland’s Ava Payne went up and served nine straight points – including a set clinching ace.

“I’m really proud of our freshman libero Ava Payne,” Southland head coach Michelle Nelsen said. “To serve that many points in a row without a miss was absolutely stellar. The way the girls rallied, I think at the beginning of the season the girls would’ve hung their heads and lost that set. We’re a young team, but we’ve improved a lot this year.”
The Athletics have a young squad and head coach Faith King has seen them build up their talent this season. She said that her squad simply needs to learn how to build up its confidence.

“I think we have the skill set and ability to win games. It’s a matter of learning how to win again. We were up 24-17, and it was like ‘oh no, we’re going to win. What do we do?’ They kind of panicked,” King said. “I have two seventh graders playing big minutes and an eighth grader is one of my main hitters. They’re young and we’ll get there.”