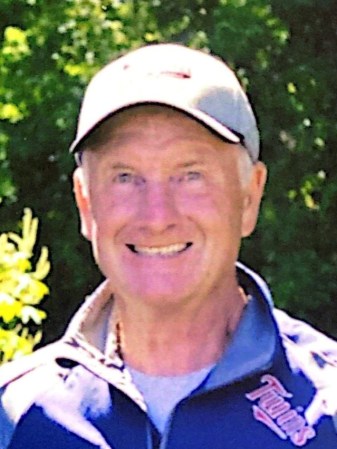 Randy was born on Friday, March 13th of 1953 to Marion “Penny” (Diggins) Kvam and Delmar “Jack” Kvam. His life was filled with mischievous antics, humor, and constant entertainment. Randy was the life of every party and loved to perform in any capacity. He coached for over 40 years, with players being his children, grandchildren, wife, and nephews as well as hundreds of local youth. Along with his coaching, he officiated in southern Minnesota for over 25 years and is still remembered as the official who would crack jokes on the field or court. When he wasn’t on the field, you could find him down at the Knights of Columbus helping with Bingo or mowing/shoveling for anyone who needed an extra helping hand. Some of his fondest memories came at the family cabin on Beaver Lake, where he and his brothers-in-law were coined the “Beaver Lake Boys”.

Randy attended Queen of Angels and graduated from Pacelli High School. He was recently inducted into their hall of fame for which he was very proud. He went on to attend Austin State Junior College, where he excelled in baseball, earning All-State, All-District, and All-Region honors. In 1972, his Hall of Fame-earning team went on to win a State Championship. Despite the opportunity to play division II baseball for Mankato, Randy soon returned home to be with his true love and high school sweetheart Barb Gerber. On June 8th, 1974 they were married. The two remained in Austin where they raised their three children.

Randy was an amazing grandpa who never turned down a royal rumble in the living room or a horsey back ride. Randy could whistle louder than most and was able to pump up any team. More than anything, Randy was a good person, always willing to help anyone, any time at the drop of a hat. Randy had a passion for friends and family and cherished each moment he was able to spend with others. After being diagnosed with cortical basal syndrome, he began to lose his independence, which was challenging for him. As expected, he was still able to make light of his situation. Randy took his last breath on Saturday, October 8th at his home, surrounded by his family. He will be remembered for his infectious smile and amazing sense of humor. His memory will live on in the many jokes and stories that we share. His legacy is that of kindness, generosity, and quick wit. We will miss him terribly but are honored to have been a part of his world.

Visitation will be Thursday, October 13th, 2022 at Mayer Funeral Home from 4-7 p.m. with a prayer service at 6 pm officiated by Fr. Joe Fogal. On Friday, October 14th, 2022 there will be a Celebration of Life at Cornerstone Church at 4 p.m. with Pastor Dave Simerson officiating, with a visitation one hour prior to service. Following the service, we will continue to celebrate his life at the Austin Eagles Club.