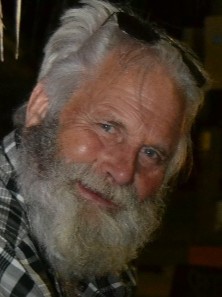 Randall Dean “Randy” Buck, 67, died peacefully in his sleep at home in Sandpoint, ID on September 15, 2022. A celebration of Randy’s life will be held at a later date.

Randy was born on September 27, 1954 in Austin, MN to Harold and Helen Buck. The fondest memories of Randy’s childhood were with his family in the woods and on the waters of Northern Minnesota and Manitoba, where he and his dad and brothers made hunting and fishing excursions with religious regularity. These trips instilled in him a love and knowledge of wildlife and wild places, qualities that never deserted him and only deepened throughout his life. A true Sportsman, Randy also played football, baseball and basketball and was constantly engaged in athletics right up until his graduation from Austin High School in 1973. (Later in life, when physical disabilities prevented him from participating in his favorite sporting pastimes, he was never dejected–provided, of course, he could talk about them!)

In 1974 Randy left home to attend Northern Arizona University in Flagstaff, where he went on to earn a degree in Land Management. Later, he lived for a time in Laramie, Wyoming and worked as a sawyer in a log yard. His education and these early forays into the vast timberland of the West developed Randy’s interest in forestry, which he would develop into a career. The time Randy spent there also convinced him just how special of a region it was– enough, even, to think about settling among its mountains and rivers for good.

In 1980 Randy married Audrey Lynn Elmer, whom he had known since the early 1970’s in Austin. The couple decided to start a life together by buying a beautiful property on the banks of the Pack River, near Sandpoint, Idaho. He worked as a consulting forester. Their only child, Bryan Henry Buck, was born on December 18th, 1989. He was Randy’s greatest joy, and Randy made sure Bryan’s childhood was every bit as rich as his own had been. Randy took great pains to instruct his son in everything the surrounding wilderness had to offer, whether on jobsites, at elk camp, fishing on the lake, or just out in the backyard. He coached and umpired Bryan’s youth sports teams, and never missed Bryan’s high school football or baseball games. Randy had a profound and lasting impact on his son, and successfully passed on to Bryan the mantle of “Outdoorsman” that his own father and older brothers had passed on to him.

Randy’s was an adventurous spirit. While still a teenager, he and his friend Dave sojourned all over Europe and Northern Africa, from Franco’s Spain, to Rome, Morocco and elsewhere. In the early 1990’s he explored parts of South and Central America, as a Journalist for the Daily Bee covering the Earth Summit in Brazil, and also as a professional forestry consultant in Costa Rica. His life’s journey took him all over North America too. Everywhere he went, he made friends and impressed everyone with his smile and good-natured sense of humor, both of which were irrepressible. Even later in life, his health in decline, he made one last grand trip in 2019: to see his sister in Illinois, to see the shuttle launch, and to go to the New Orleans Jazz Festival.

Randy was well-loved by everyone he met because it was impossible to deny he was a kind and generous soul, whose guiding moral principle was always the simple Golden Rule– do unto others as you would have done to you. He is survived and will be remembered fondly by his wife Audrey, son Bryan, sister, Mimi Hamparian, brothers and sisters-in-law Jon (Jack) Buck (Grace), Mike Buck (Bebe), Sisters in law Nancy Whelan (Dean) and Sue Elmer as well as multiple nieces and nephews and cousins.

Memorial donations may be made to Better Together Animal Alliance, 870 Kootenai Cut-off Road, Ponderay, ID, 83852.