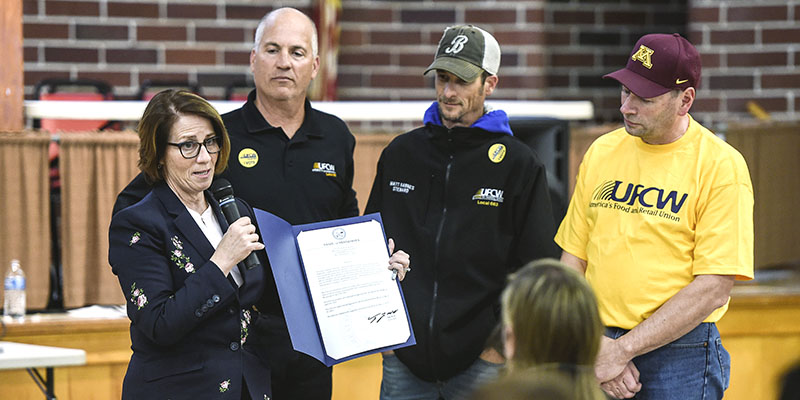 ST. PAUL, Minn. (AP) — More than 1 million Minnesotans have qualified for bonus checks to frontline workers to recognize their work during the COVID-19 pandemic, but the payments will be for less than $500, the governor’s office announced Monday.

The state will start sending out the payments on Wednesday. The Legislature approved a total of $500 million for eligible applicants, and Gov. Tim Walz signed it into law in April.

Nearly 1.2 million applications were submitted during the 45-day application period this summer. The state approved 1,025,655 of them, which means the individual payments will be $487.45.

Frontline workers who chose direct deposit should get their money within seven to 10 business days; those who chose to get their payments via debit cards will get them within three to four weeks.

State officials originally estimated the final pool of qualified workers would be around 667,000 with payments of about $750 apiece, but applications exceeded expectations.

Democrats pushed for $1 billion in payments but eventually compromised with Republicans for $500 million. The deal marked one of the few big bipartisan successes of the 2022 legislative session, which was marked mostly by stalemates over how to spend a $9.25 billion budget surplus.