Great Dane: Packers survive a shootout to get back to state tournament

The Packers defend the net during a Winona corner kick in the first half. Rocky Hulne/sports@austindailyherald.com 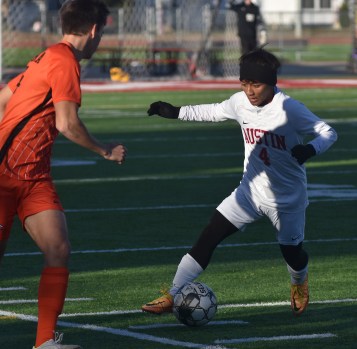 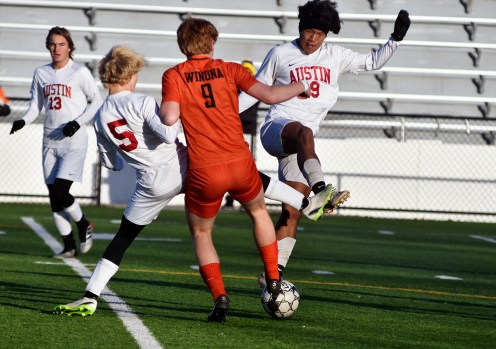 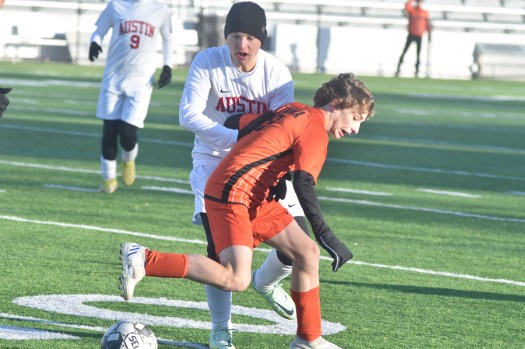 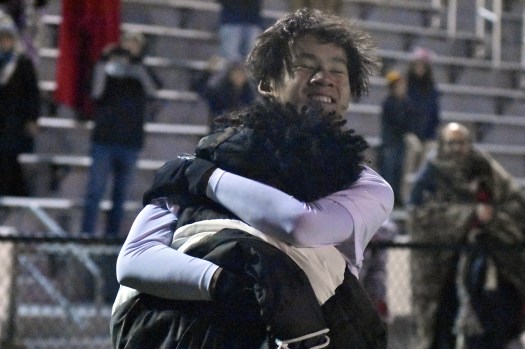 The Packers celebrate a trip to state. Rocky Hulne/sports@austindailyherald.com 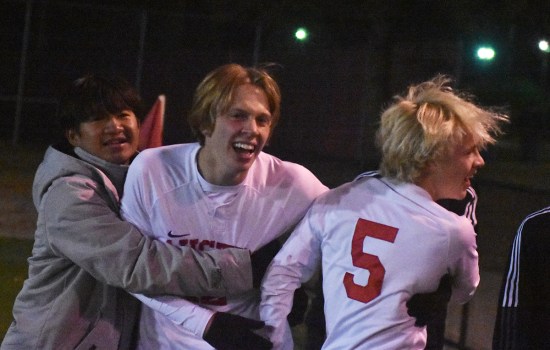 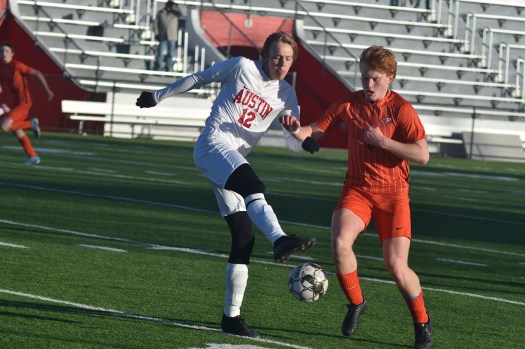 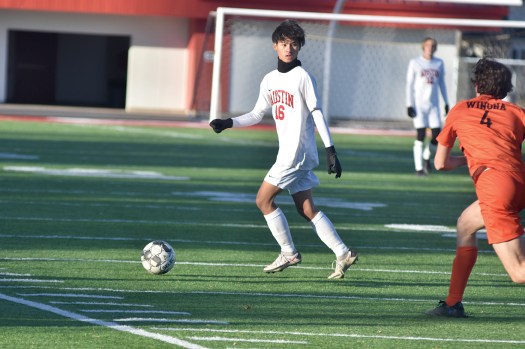 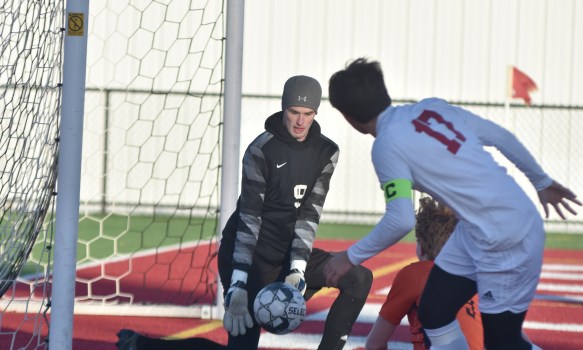 Dane Mitchell scoops up a save for the Packer boys soccer team in the Section 1A title game in Art Hass Stadium Tuesday. Rocky Hulne/sports@austindailyherald.com 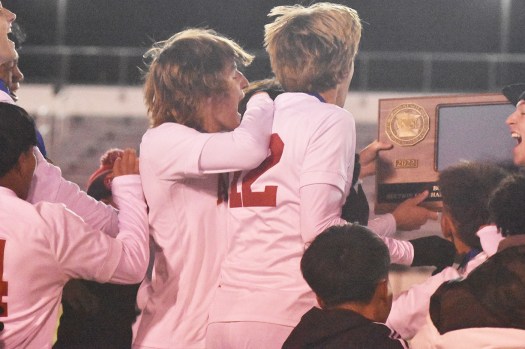 There have been many players who have made big plays for the Packer boys soccer team in its nearly decade long string of domination and two more Packers added their names to that list when No. 3 seeded Austin upset No. 1 seeded Winona 1-0 in a shootout in the Section 1AA title game Art Hass Stadium Tuesday.

Austin senior keeper Dane Mitchell stopped 17 shots in regulation and made a big save on the first shot of the shootout to put the Packers (8-10-1 overall) in prime position to win.  Then sophomore Leo Hernandez netted the clinching goal in the shootout to send the Packers back to state.

Mitchell and the Packers also beat Faribault in a shootout in the Section 1AA semifinals last week.

“We’d been here before. We just said let’s go get it done. Nothing else was said (before the shootout) and now we’re section champions,” Mitchell said. “Whenever we’re doing penalty kicks, I feel like I kind of black out. I’m not really thinking much, I’m just trying to keep the ball out of the net.”

Hernandez had missed a penalty kick last week against Faribault, but after seeing his teammates Ter Reh, Andrew Clausman come through he knew he had to follow.

“I was a bit nervous on Friday and I missed my kick. Today I was determined that it was going to go into the net and that’s what happened,” Hernandez said. “We were here a year ago and we took second. We didn’t want to go back to that again. I don’t think many people believed in us, other than our crowd and our student section. It was good for us to come through for them.”

The Packers started the season with a record of 3-9-1 overall, but they have won five of six since then.

“We didn’t over analyze. All we talked about was are we getting better? And we were,” said head coach Jens Levisen. “We definitely hit a point in the season where the guys were starting to get a little down.”

Austin has now won a section championship in five of the past six seasons. The Packers’ best finish at state has been third place and there was no state tournament held in 2020.

This was Austin’s eighth straight appearance in a section final.

The Packers first-round state tournament opponent and the location are still pending.