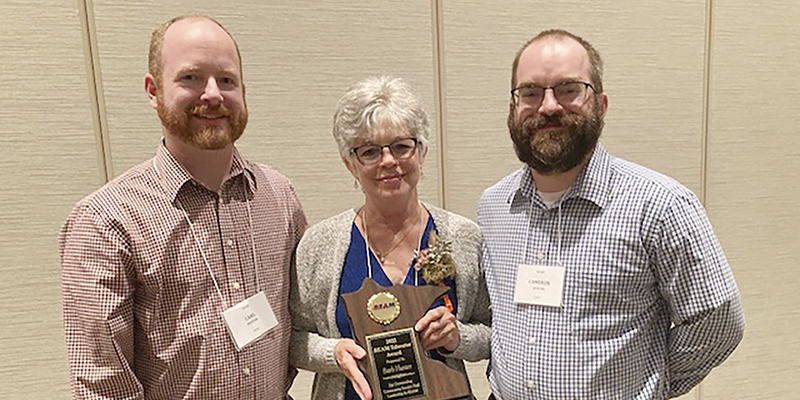 Barb Hunter, of Austin, was one of two to receive the State Educator Award from the REAM(Retired Educator Association of Minnesota) at their state convention held at Treasure Island on Sept. 27.

The other recipient was Lonnie Duberstein of Vadnais Heights.

The award is given for outstanding contributions in the field of education, both while a teacher and after retirement, as well as contributions to the community. Hunter taught in the Fairfax, Austin, Lyle, and Southland Public Schools. She was licensed to work with both people who had learning disabilities and people with emotional disabilities.

While a teacher, Hunter served on district committees. She is very active in the retired educator association.

She was installed as co-president elect of REAM at the state convention at Treasure Island on Sept. 28.

She will be co-president next year.