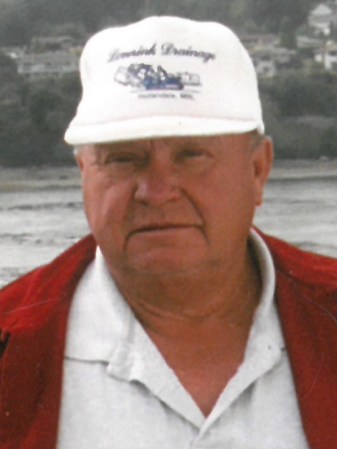 Eugene Norman Dennis, age 81, of Austin, Minnesota, passed away on Thursday, October 27, 2022, at Bay View Nursing and Rehabilitation Center in Red Wing, Minnesota. Eugene was born to Stanley and Eula (Dvorak) Dennis on February 8, 1941, in Austin. Growing up, Eugene was the oldest of five children and took on the guardian role for his siblings. Eugene graduated from Austin High School in 1959. He started working on the farm at age 11 and continued his hard work throughout his life until a farming accident in 2003 caused him to retire. He met Donna Tapp at the roller rink in Brownsdale. The two began dating and were married after Donna returned from Radiology school in Iowa. They were a wonderful match and always cared for each other, especially after his accident. Donna didn’t mind when Eugene would turn a 5-minute stop at the grain elevator into an afternoon affair to catch up on the county news. They had three wonderful girls together, Renee, Lora, and Jolene. He was stern but fair as the kids were growing up. They softened his tough external shell with their love. In his free time, Eugene loved to hunt and fish, including the times he took his family to Canada on fishing trips. On one memorable trip, he was able to spend some time fishing in between fixing the alternator and the boat motor. Eugene would help any friend or neighbor rebuild a barn or harvest without a second thought. His kindness was repaid in the fall of 2003 when many friends pitched in to help with his harvest after his accident.

A funeral will be held at 1:00 p.m. on Saturday, November 5, 2022, at Worlein Funeral Home Chapel in Austin with visitation beginning at 11:00 a.m. Interment will take place at Oakwood Cemetery. Memorials preferred to the choice of the donor. Worlein Funeral Home of Austin is assisting the family with arrangements. Condolences may be expressed to the family online at www.worlein.com.