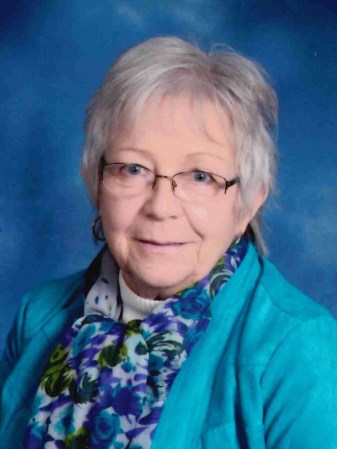 Deanna L. Hartson, 79, of Stewartville, Minnesota, passed away Friday, October 7, 2022 surrounded by her family at the Stewartville Care Center.

Deanna Lee was born February 25, 1943 in Austin, Minnesota, to Sverre and Inga (Hollevoet) Johnson. She grew up in Austin and attended Austin High School. Deanna married Gene M. Hartson on April 3, 1960 at the Little Brown Church in Nashua, Iowa and they were blessed with four children, Debra, Lori, Teresa and Jeffrey. The family moved several times during Gene’s career. After his unexpected death in 1974, Deanna and children moved back to Minnesota to be near family. They made their home in Hayfield, Minnesota. Deanna married Darrell L. Denisen on August 9, 1975 at Sargeant United Methodist Church and they were blessed with a daughter, Kirstin.

Deanna was a master gardener, floral designer and horticulturist. She owned and operated a floral shop while living in Hayfield and later worked as a florist in Rochester, Minnesota and Eau Claire, Wisconsin. She was an avid quilter and traveled the country looking for fabric. She also enjoyed crafts and cake decorating. Deanna was a lifelong Elvis Presley fan; seeing him in concert twice and visiting Graceland were treasured memories.

Deanna was a beloved mother, grandmother and great-grandmother. Family was her number one priority. Her strength and courage were an influence to those around her. The way she lived her life and her faith was an inspiration to many. She was deeply loved by her family and will be greatly missed by those who knew her.

A celebration of Deanna’s life will be held at 2:00 p.m. on Tuesday, October 18th at Stewartville United Methodist Church with Pastor Laura Nordstrom and Pastor Wane Souhrada officiating. Visitation will be at Clasen-Jordan Mortuary in Austin on Monday, October 17th from 4:00 to 7:00 p.m. and at the church on Tuesday one hour prior to the service.