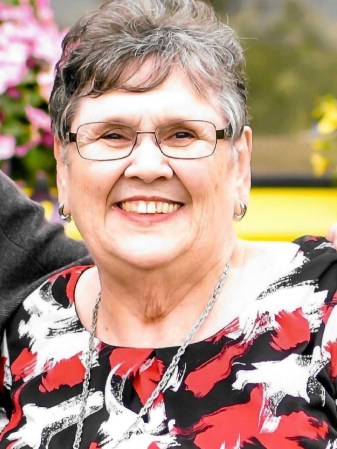 Charlene was born on December 7, 1945 in Osage, Iowa the daughter of Floyd and Alice (Rasmussen) Clausen. She graduated from Osage Community High School in 1964. Following graduation, she worked as a dental assistant at Dr. Krapek’s dental office until her marriage.

Charlene loved to go dancing which led her to meet her future husband, Herbert, at the Terp Ballroom in Austin, Minnesota. On May 18, 1968, Charlene married Herbert Merten at the Sacred Heart Catholic Church in Osage, Iowa. They farmed in the Taopi and Adams area where she was a farmwife/homemaker; devoted mother to two children, Carol & John; and caretaker to everyone she met. She was a member of the Sacred Heart Catholic Church of Adams, Minnesota.

Throughout the years, Charlene enjoyed taking trips with family and friends. She also enjoyed cooking and baking for others along with spending time with her 5 grandchildren and 2 great grandchildren.

She was preceded in death by her parents; and brother, Marty Clausen.

A Funeral Mass will be held at 1:00 pm on Thursday, October 20th at the Adams Funeral Home with Father Gregory Leif and Father Antony Arokiyam concelebrating. Visitation will be at the Adams Funeral Home on Wednesday from 4:00 to 7:00 p.m. and will continue on Thursday one hour prior to the service. Interment will be in the Sacred Heart Catholic Cemetery. Everyone is invited to join the family at the American Legion following the interment service at the cemetery.