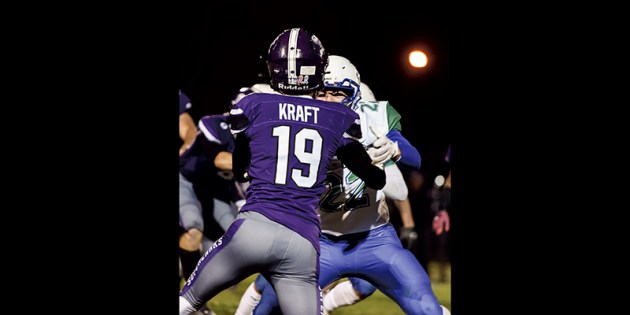 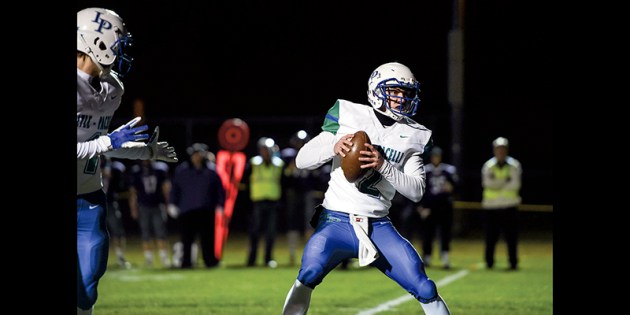 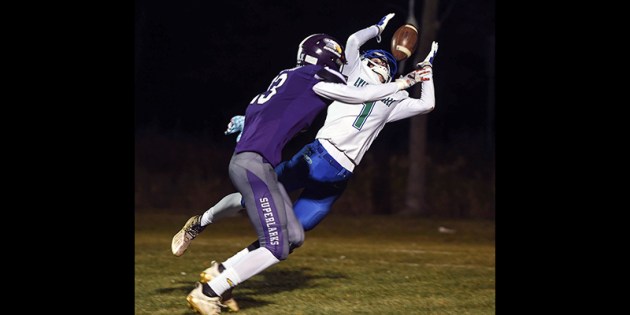 Lyle-Pacelli’s Hunter Bauer (1) tries to haul in a pass in the end zone against the defense of Grand Meadow’s Connor Munson this past season. LP will not have a varsity football next season for the next two seasons. Herald file photo 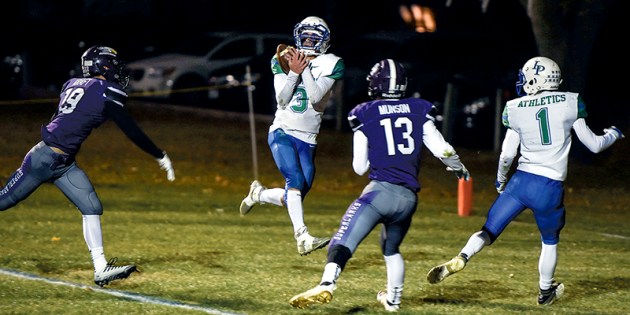 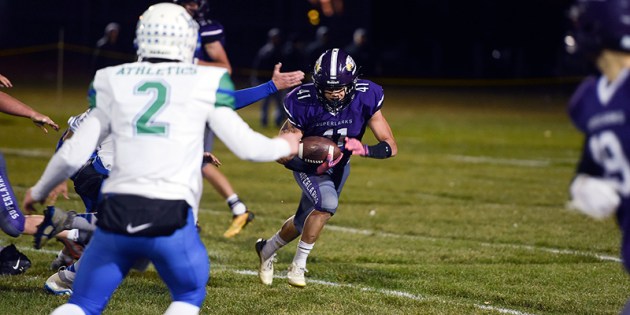 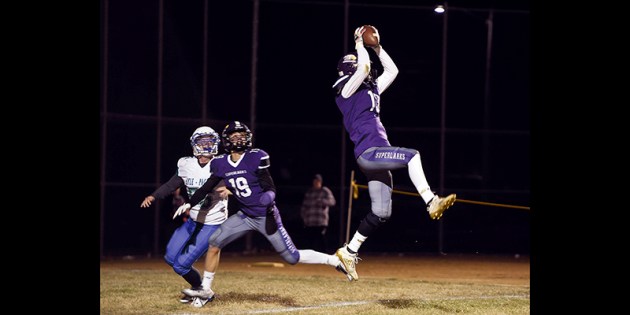 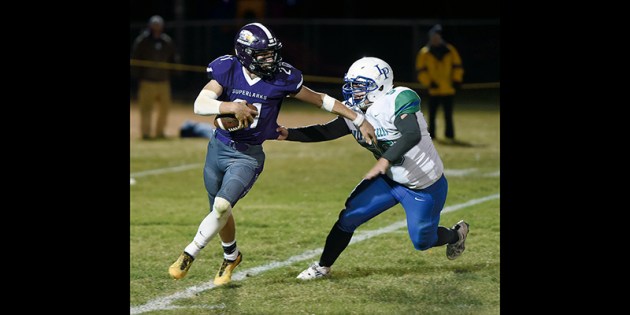 GRAND MEADOW — The Superlarks had to make some big pregame changes and other adjustments on the fly, but they were able to stay the course as they pounded their way to a 40-14 win over Lyle-Pacelli in Lyle Friday.

GM started the game without starting quarterback Cael Gilbert, who was injured last week, and running back Isaac Harmening was injured early in the second half against L-P (3-4 overall). GM junior Corbin Ludemann picked up the slack for the second straight week as he ran for 178 yards and four scores out of the Wildcat offense, which GM installed just two weeks ago.

“(The wildcat offense) just fell into place. We’re making strides with it. We’re just trying to get our talent into open spaces,” Ludemann said. “It’s definitely been a learning week. We lost our starting quarterback, then we lost our other running back and we were trying to win it for him. We hope we get those guys back soon; we really miss them.”

Trey Anderson put L-P up 6-0 early in the game when he caught a 13-yard TD pass from Jake Truckenmiller after the Athletics recovered a GM fumble in the backfield, but GM put up the next 40 points in a row. The Superlarks (5-2 overall) also forced four L-P turnovers as Connor Munson had two crucial interceptions, including one that came near his own end zone in the first half.

“I don’t know if I guessed the route, but it helps to be tall, where you can pinpoint the ball up high,” Munson said.

Much like his teammates, Munson was moved all over the field due to injuries on Friday. He saw time at quarterback, wide receiver and defense.

“There was a lot going on. We’re a little thin and we’ve all got to learn to play more than one position,” Munson said. “When we’re all clicking, we’re a really dangerous football team. It’s fun to be out there.”