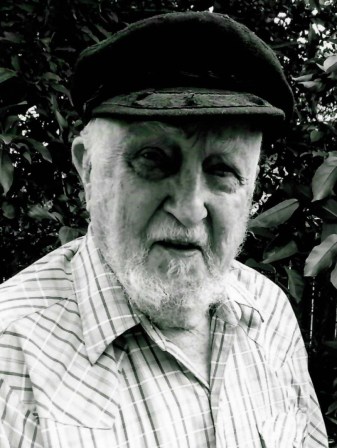 Carstin “Bud” Overby, 94, of Austin, Minnesota, passed away at his home on Sunday, October 9, 2022 surrounded by his family.

Bud was born on January 26, 1928 in Spring Grove, Minnesota to Carl and Mabel (Hegge) Overby. He attended Spring Grove High School. At age 14, he was proud of driving the beer truck delivering kegs and when he was 16, he went to work for the Geo. A. Hormel Company, retiring after a 40 year career. On December 26, 1952, Bud married Wanda Thompson and together raised their nine children.

Bud was a member of St. Olaf Lutheran Church, the V.F.W., and the Hungry Dozen CB Club.

Bud loved the outdoors where he was an avid fisherman and hunter. He also enjoyed camping and traveling. He especially loved spending time with his family and he will be deeply missed.

A memorial service will be held at 2:00 p.m. on Friday, October 14th at Clasen-Jordan Mortuary with Father John Sullivan officiating. Visitation will be at Clasen-Jordan for one hour before the service on Friday.