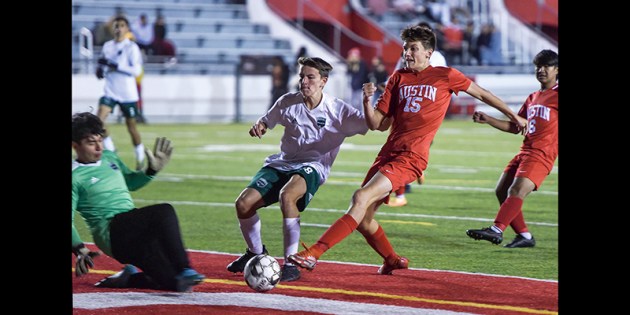 Austin’s Jacob Herrick puts a shot on goal in the second half against Faribault Thursday night at Art Hass STadium. Eric Johnson/photodesk@austindailyherald.com 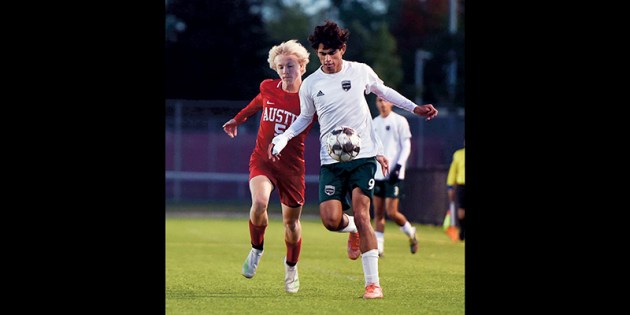 Austin’s Nicholas Asmus challenges for the ball during the first half Thursday night against Faribault at Art Hass STadium. Eric Johnson/photodesk@austindailyherald.com 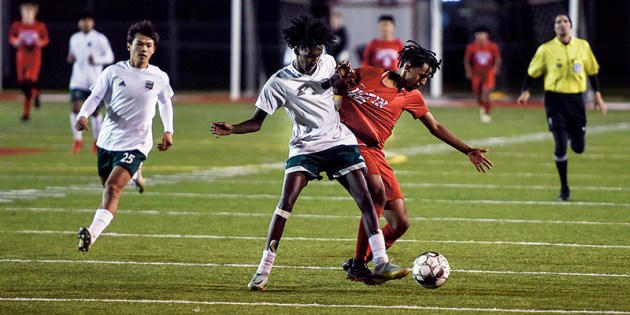 Austin’s Kalab Tadesse battles for the ball during the first half against Faribault Thursday night at Art Hass Stadium. Eric Johnson/photodesk@austindailyherald.com 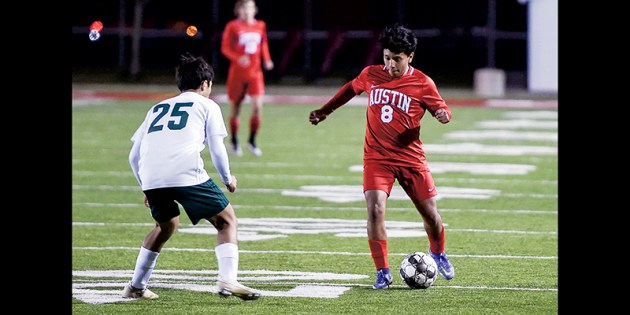 The Austin boys soccer team snapped its four game losing streak, but the team is still hungry for improved results as it had to settle for a 1-1 tie with Faribault in Art Hass Stadium Thursday.

The Packers dominated possession and the shot count throughout the night, but the Falcons (5-5-2 overall) snuck the equalizer in when Josh Angeles beat Austin keeper Dane Mitchell to a free ball and put it into the net from 30 yards out.

The Packers, who outshot Faribault 22-3, had two chances to win the game in OT as Leonardo Hernandez and Javier Juarez each had close looks stopped by Faribault’s Christian Trujillo.

“The energy was different today,” Austin senior captain Joe Ewing said. “We were being nicer to each other and there’s some sort of passion going on. These section games matter and going into it without a loss is good for me. We would’ve loved to have won it and it’s become a common theme this year to let one in late. But we’re growing and this team is nowhere near done.”

After being stopped on multiple occasions in the first half, the Packers finally found the net when Hernandez scored on a pass from Emiliano Hernandez-Espindola with 16:34 left in the game.

Austin (3-9-1 overall) had lost its previous four games, but it has been close in most of its contests this season.

“They know that we’re moving in the right direction and we’re right in the mix,” Austin head coach Jens Levisen said. “Balls could’ve fallen different ways, but we’re creating opportunities and we’re playing the way we want to play. They’re seeing close results and they get it.”

While they’ve had some tough breaks recently, the Packers are far from losing the faith.

“The best part about this team is we’re all friends here and all of us want to win,” Ewing said. “We’re all here for the same reason.”

Mitchell finished with two saves for the Packers.