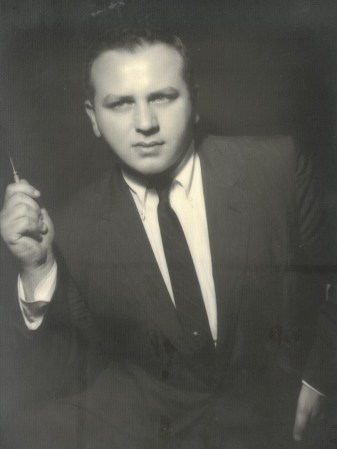 Spero spent his childhood working at the family restaurant in Worcester then went onto college at Cornell University after attending Phillips Exeter Academy. He joined the ROTC in College and after graduating went right into the Army in which he served for 2 years. Spero moved to Florida in 1956 where he met his wife, Dallas Meighan. They married on November 21, 1957.

Spero and Dallas moved back to Worcester to start their family, where Adrienne and Chip were born. Shortly afterwards, the two of them decided to pursue other adventures in Denver, Colorado where they welcomed their third child, George. They then moved to Kansas City, Kansas where they got back into the restaurant business, residing there for 10 years. They were blessed with a fourth child, Jon. In 1974 the restaurant business brought Spero and his family to West Des Moines, Iowa. A few years later Spero went into the home improvement business until retirement. They stayed in the Des Moines area until his passing.

He and Dallas were members at the St. George Orthodox Church. They also enjoyed attending the Greek food fair, which they did frequently.

Spero was an avid sports fan. His favorite teams were the New England Patriots and the New York Yankees. He also loved playing cards. The last few years Spero and his wife started traveling. They visited Switzerland, Las Vegas, and Cancun.

A visitation will be held on Sunday, September 25th from 2:00-4:30 PM with a memorial service to follow at 4:30 PM all at Caldwell Parrish Funeral Home in Urbandale. There will be a private burial at the Iowa Veterans Cemetery.

Become an advocate for those suffering from Alzheimer’s by making a memorial contribution in honor of Spero to the Alzheimer’s Association.

Online condolences may be expressed at www.caldwellparrish.com.