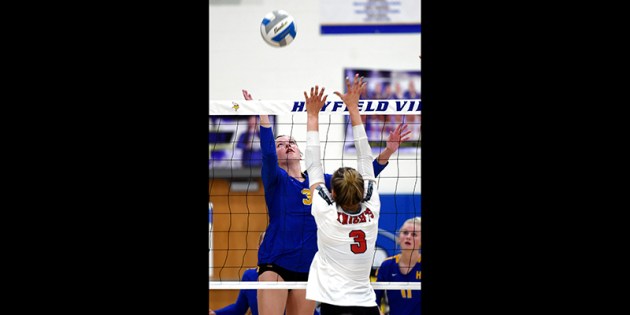 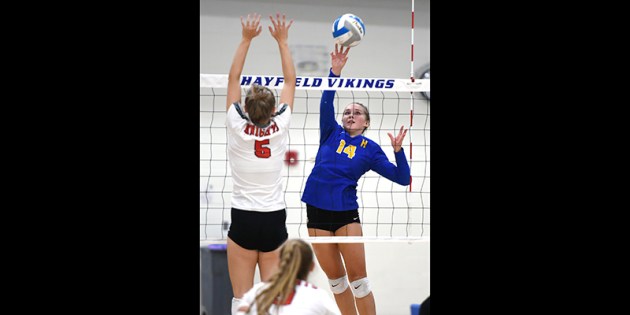 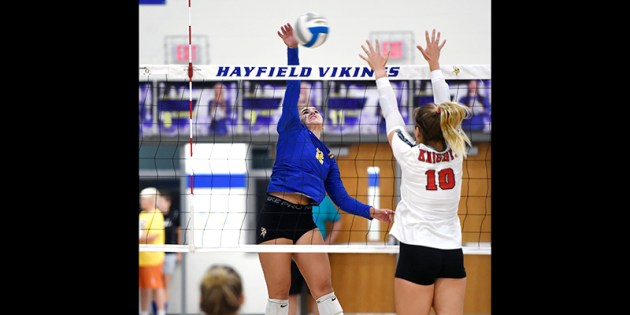 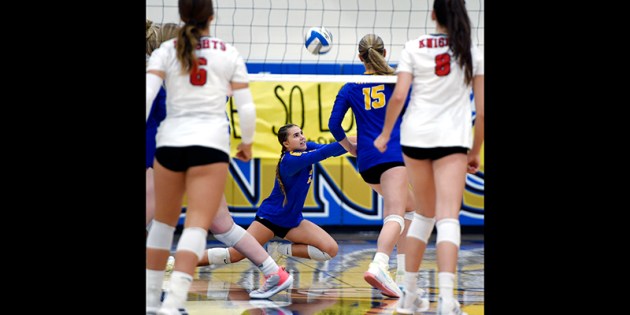 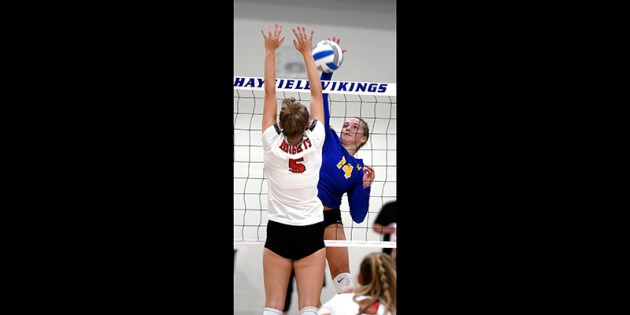 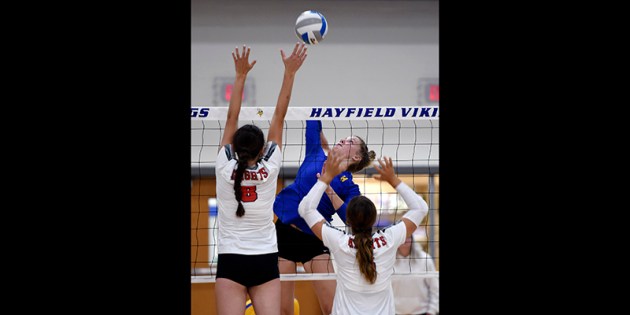 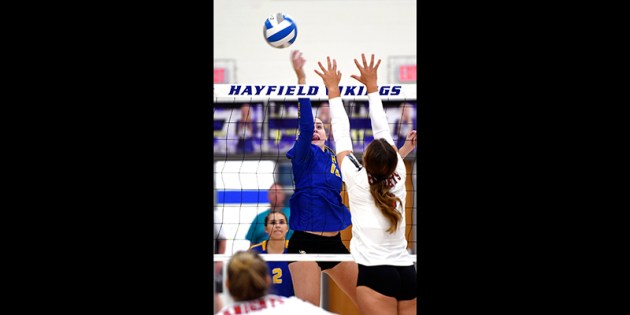 Hayfield’s Natalie Beaver pokes the ball over during game one against Kenyon-Wanamingo Tuesday night in Hayfield. Eric Johnson/photodesk@austindailyherald.com

Editor’s note: The Vikings enforced the idea of making sure every student matters with the focus on mental health during the match. Look for a feature story on that in Saturday’s paper and on austindailyherald.com in the near future.

HAYFIELD – The Hayfield volleyball team looked like it was about to seize momentum, when things took a turn for the worst in a loss to Kenyon-Wanamingo (4-1 overall) by scores of 25-21, 27-25, 25-17 Tuesday.

The Vikings (6-3 overall) led the second game 22-17 after Reese Baumann put down a kill, but the Knights came back to take a 25-24 lead after a kill by Vanessa Schmidt. Both teams exchanged missed serves and K-W won the second game when Josie Quam put down a point to clinch it.

“We just lost our momentum a little in game two towards the end of that second game,” said Hayfield senior Sydney Risius, who had 27 set assists. “If we stick with it and keep improving as a team for when it matters.”

Baumann finished with eight kills, but the Vikings had a tough time finding gaps in the KW defense as the Knights’ back line was very active.

Hayfield head coach Jo Kruger felt that her team had some chances to score, but things didn’t click consistently on Tuesday.

“We watched film and we thought we had some good holes to find,” Kruger said. “They’re a very disciplined, scrappy team and they’re in control of our defense. Not many of our balls were landing and when they did, it was 10 feet out of bounds. It was tough.”