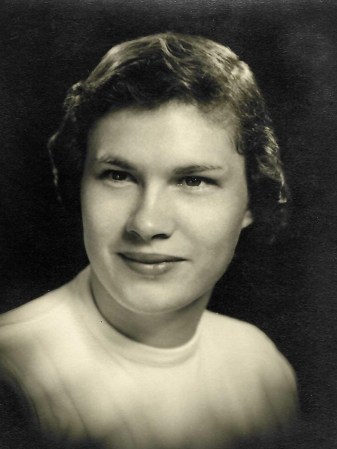 Sally was born November 14, 1939 in Fort Dodge, Iowa, to James “Cal” and Iona (Williamson) Brown. She grew up in the Flats of Fort Dodge and attended Fort Dodge High School. Growing up, she drove trucks for her dad’s house moving and demolition business. She drove a school bus for Central Webster School District in Burnside, Iowa for many years. Sally also worked in housekeeping at the Dayton Care Center, and ran a detasseling crew. In her spare time, she loved to cross-stitch, put puzzles together, read books, and do crossword puzzles.

She married Keith Richardson, on May 18, 1958, at Riverside Methodist Church, in Fort Dodge, Iowa. They lived on the San Diego Naval Base for a few years while Keith served on the USS Jason AR-8. After that they made their home in Lehigh, Iowa, until 1986 when they moved to Adams, Minnesota when Keith was transferred to the Hormel Plant in Austin.

She was preceded in death by her parents, James “Cal” and Iona Brown; and her brother, Leon “Mike” Brown.

A Celebration of Life will be held from 4:00 to 6:00 pm on Friday, September 16th at the Adams Funeral Home. Interment will be in the family plot at West Lawn Cemetery in Lehigh, Iowa at a later date.