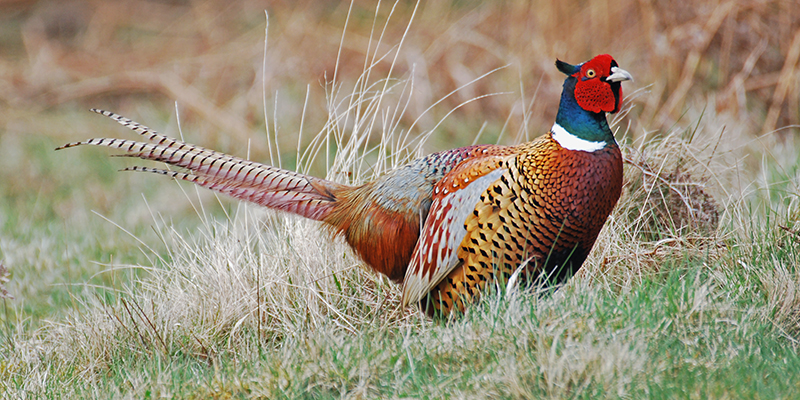 Pheasant numbers in Minnesota increased 18% from 2021, and exceeded the 10-year average by a similar amount, according to the Minnesota Department of Natural Resources’ annual roadside pheasant survey.

When the pheasant hunting season opens on Saturday, Oct. 15, bird numbers are expected to be strong.

This year’s statewide pheasant index was 48 birds per 100 miles of roads driven. Compared to 2021, all regions saw an increase in pheasant numbers except the southwest, which saw a decrease of 8%.

Conservation Reserve Program acres in particular play a large role in providing habitat for pheasants in Minnesota. The program, authorized under the federal Farm Bill, pays farmers to remove environmentally sensitive land from agricultural production and restore vegetation that will reduce soil erosion, improve water quality, and provide habitat for wildlife and pollinators.

Despite a long-term downward trend in CRP enrollment, there was a net increase in CRP acres in 2022 as approximately 5,000 additional acres were enrolled. In addition to CRP acres, there were more than 7,000 acres protected through easement programs like the Conservation Reserve Enhancement Program and Reinvest in Minnesota. An additional 9,000 acres of habitat were permanently protected through U.S. Fish and Wildlife Service acquisitions and by the DNR as wildlife management areas.

Monitoring pheasant population trends is part of the DNR’s annual roadside wildlife survey, which began in 1955. Wildlife managers and conservation officers in the farmland regions conduct the survey during the first half of August. This year’s survey consisted of 166 routes that were 25 miles in length, with 147 routes located in the pheasant range.

Many publicly-owned lands are open to hunting, as are private lands enrolled in the state’s Walk-in-Access program. Hunters can use the DNR’s online mapping tools to find WMAs by accessing the WMA finder, and the DNR Recreation Compass to help locate state hunting grounds and private lands enrolled in the WIA program, including updates on the condition of specific properties.