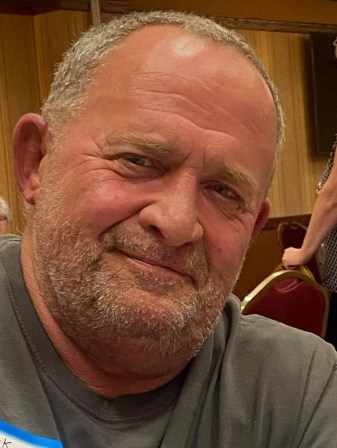 Mark Frederick was born March 26, 1959 in Austin, Minnesota to Virgil and Darlene (Bos) Loux. He graduated with the Class of 1977 from Austin High School. Mark served in the United States Marine Corp until his honorable discharge because of an injury. In 1979 he began his long career in underground construction with RW Johnson Company of Austin, which later became part of Freeborn Mower Electric Cooperative.

On July 13, 2001 he was united in marriage to Cynthia Nerby at St. Olaf Lutheran Church. They resided in Austin, and Mark continued his work with Freeborn Mower Coop until his retirement in 2020 after 40 years of service.

Mark’s passion was deer hunting. He hunted in Minnesota and other areas of the United States and was accomplished with bow, muzzle loader, shotgun and rifle. But at the center of his life was the love he had for his family, especially his three grandsons.

Mark, also known as “Koux”, had a big heart, great sense of humor, and was always willing to help anyone out. People were drawn to him, and as one grandson said, “everyone loved him”.

He was preceded in death by his parents Darlene and Virgil Loux; maternal and paternal grandparents.

Funeral services will be held at 2:00 pm Monday, October 3, 2022 at the Clasen-Jordan Mortuary Chapel. Interment will follow at Grandview Cemetery. Visitation will be held on Monday afternoon for one hour prior to the service.