Leaders of the Pack: Austin football team is aiming for an upset on Homecoming night 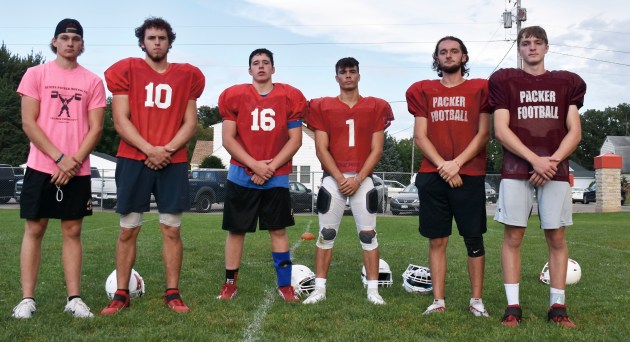 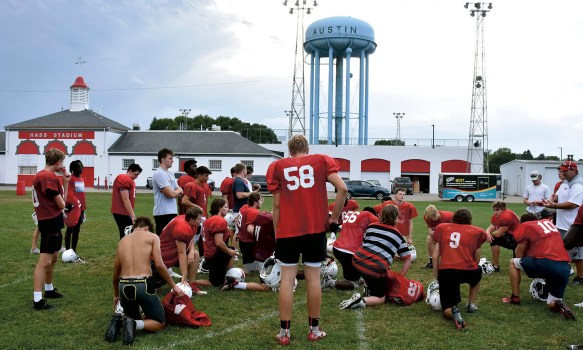 Time is running out for the Austin senior class and the Packer football team is going to get its last shot at a perennial football power on homecoming night in Art Hass Stadium at 7 p.m. Friday.

The Packers are set to square off in front of what will likely be a big crowd under the lights and it’ll be up to their captains to keep them calm and focused when they host Owatonna.

“It’s a great opportunity to win a game,” Holtz said. “Homecoming is fun and it’s a great thing for the community as well.”

The Packers haven’t beaten Owatonna on the gridiron in at least 18 years and it will take a mammoth effort for them to hang with the Huskies.

“We have to come out with the same confidence as they have and we need a push on the offensive and defensive lines,” said Lang, who is coming off his first ever 300-yard passing game. “Our line was clicking (against New Prague) and they were giving good time and the wide receivers were running good routes. I was able to get them the ball.”

Austin’s seniors have grown up together on the football field as they played against each other in youth football, before joining forces in Middle School and High School. The players have also learned the Austin tradition of riding floats in the homecoming parade before the game and all of the activities that homecoming offers throughout the week.

“We’re embracing the experience and we should do whatever activities we can. We’ve just got to go out and have fun,” Fritz said. “We have to start strong on Friday and have no mercy until the job is finished. Owatonna may be having a down year, but they’re still Owatonna.”

O’Harra said the Packers will have plenty of fire as they are embracing the role of being the underdogs.

“It is our last homecoming and it’s kind of sad,” he said. “But we’ve just got to make the best of it by playing hard and giving it our all, because we can’t come back. This is the last one.”

Winkels is the only Packer captain who is not a senior, but he recognizes the importance of Friday’s game. He also doesn’t want to tolerate being overlooked by any opponents or onlookers.

“Owatonna has a football podcast where they called us the least challenging team that Owatonna has to play this year,” Winkels said. “We’ve just got to go out there and punch them in the mouth.”

For the senior class, the homecoming game will be the first of many lasts this year as their time in high school gets closer to the finish line with each passing day.

“It’s a surreal feeling,” Stromlund said. “You didn’t think that it would come to this, but here we are.”