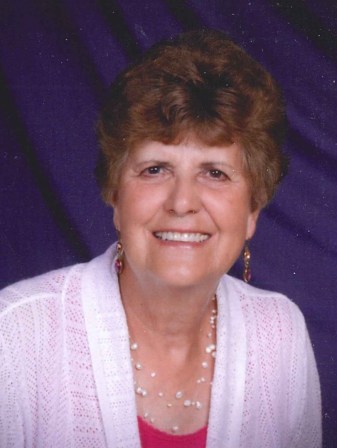 LaVon Rachel Dearmin (Stratton), 81, went home to be with her Lord and Savior on Friday, September 2nd, 2022. She passed away at her home following a brief battle with interstitial lung disease where she was cared for by her family and the wonderful staff of St. Croix Hospice.

LaVon was born on September 28, 1940, in Sparta, Wisconsin to Leo and Frieda (Jones) Stratton. She was the 3rd born of 17 children. She grew up in Warrens, Wisconsin. At the age of 13, she made the most important decision of her life when she accepted Jesus as her Savior. She graduated from Tomah High School in 1958. Following graduation, she moved to Minneapolis, Minnesota to attended North Central Bible School for 1 year and continued her education at the MN School of Business. She spent the next several years working as a secretary in Minneapolis where she met the love of her life, Tom, at American Machine. They were married in Sparta, Wisconsin on June 10, 1967. They later moved to Lyle, Minnesota in 1974 where they farmed and ran a business. They became the best parents ever when they welcomed daughter, Anna, in 1974. In 1999, Doug joined the family as their son-in-law. In the years following, LaVon became the proud Grammy to her 7 precious grandchildren.

Through the years, LaVon worked diligently beside her husband, taught Sunday School and other kids’ programs at church, served in Women’s ministry, volunteered at her local Christian radio station, and served on the Lyle School board. She also worked part-time spoiling her family. Her generosity and love for others were unmatched. There was never a person that she viewed as unreachable by God. She spent her life serving and loving others, because of her great love of Him and His great love for her. She will be greatly missed, but for those of us who know Jesus, we look forward to a great reunion.